Accounting or accountancy is the job of sharing financial information about a business to managers and shareholders (people who have invested in the business). Accounting is often called the "language of business". Accountants are people who do accounting, and also carry out the auditing or checking of a company's books and records. In Britain, this auditing is often carried out by a qualified person called a "chartered accountant". In the United States, the professional designation is Certified Public Accountant or "CPA".

When accountants do accounting work, they write in the books of account (ledgers) that belong to a company. Every time money is spent or earned, it is written in the ledger. The information in the ledger is used to prepare the company accounts monthly, quarterly (every three months) and annually (every year). These annual accounts show what money the company has taken in over time and what it has spent money on. It also shows if the company made a profit in the year (if it made more money than it spent), who owes the company money, who the company owes money to, and any big expensive items the company has bought which they expect to use for many years. Lenders, managers, investors, tax authorities (the people who collect taxes for the government) and other decision-makers look at these annual accounts. Managers and investors look at the ledger and make decisions about how to spend money in the future. Lenders like banks look at the accounts before they lend money to the company. Tax authorities look at them to check that the company is paying the correct amount of taxes.

The word accountant originally comes from the Latin word computare – "to reckon, count, number", via French.

"Accomptant" was the original spelling and pronunciation of the word "accountant". However, over time, people began to drop the "p" in the word "accomptant". Over time, the word changed both in the way it was said and spelled to how it is today. 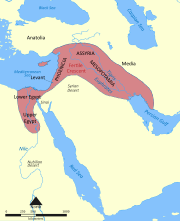 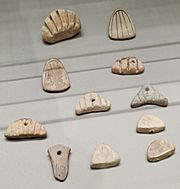 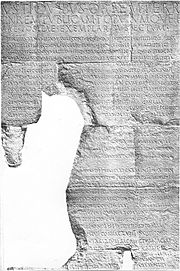 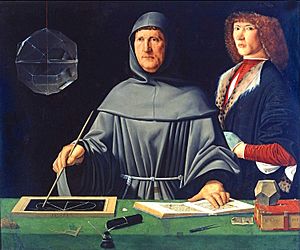 All content from Kiddle encyclopedia articles (including the article images and facts) can be freely used under Attribution-ShareAlike license, unless stated otherwise. Cite this article:
Accounting Facts for Kids. Kiddle Encyclopedia.