Alès (Occitan: Alès) is a commune in south central France in the region of Occitanie. It is a subprefecture of the Gard department. It is also the capital of the arrondissement of the same name.

It was formerly known as Alais.

Since the creation of the Gard department on 4 March 1790, Alès has been a subprefecture of the department.

Alès is at 40 kilometres (25 miles) north-northwest of Nîmes, in a curve (meander) of the Le Gardon d'Alès river, which half surrounds it. It is at the foot of the Cévennes, near the Cévennes National Park.

The climate of Alès, in the Köppen climate classification, is Csb - Mediterranean climate with warm summers.

The inhabitants of Alès are known, in French, as Alésiens (women: Alésiennes).

Evolution of the population in Alès 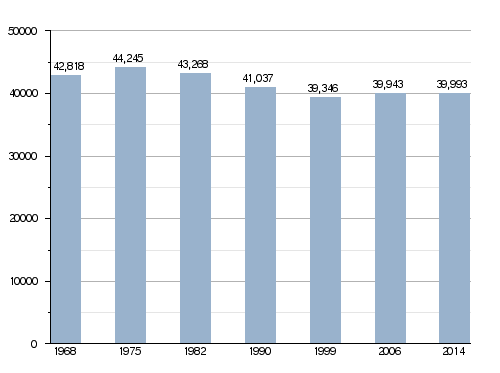 Alès is a subprefecture of the Gard department, the capital of the arrondissement of Le Vigan and the administrative centre (French: chef-lieu) of the cantons

It is part of the intercommunality Alès Agglomération.

Alès is twinned with:

All content from Kiddle encyclopedia articles (including the article images and facts) can be freely used under Attribution-ShareAlike license, unless stated otherwise. Cite this article:
Alès Facts for Kids. Kiddle Encyclopedia.