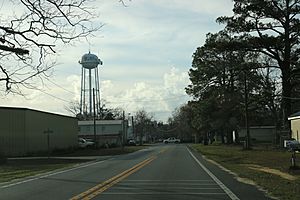 Altha is located in the northwestern part of Florida, approximately 45 minutes from the Georgia state line and one hour from the Alabama state line. Altha is in a rural county, with the primary industry being agriculture. Tomatoes, watermelons, green vegetables, cucumbers, peanuts, corn, wheat, and cotton are all major industries in this farming community. The timber industry also thrives in the area, with many farmers electing to plant pine trees.

The largest employer in Altha is Oglesby Plants International. The Chipola River, about three miles west of Altha, offers swimming and fishing opportunities.

Altha has an average high temperature of 76 degrees Fahrenheit, with an average low of 51 degrees Fahrenheit. Summers in this area are quite hot and humid, with afternoon showers frequently occurring during the summer months. Altha is located about 35 miles from the Gulf of Mexico, so when tropical storms or hurricanes approach the coastline, weather can become severe. In 2004, during Hurricane Ivan, dozens of homes were destroyed and 4 people were killed because of a severe tornado striking near the town.

The coldest part of the winter occurs during late January and early February. Night time temperatures can dip as low as the lower 20s, and in some isolated instances, even striking the mid teens. Days can be cool during these few weeks, with day time temperatures sometimes struggling to reach 60 degrees Fahrenheit.

As of the census of 2010, there were 536 people and 219 households in the town. The racial makeup of the town was 99.5% Caucasian and 0.5% Asian or Hispanic/Latino. Altha previously had a segregated history but that has long since past 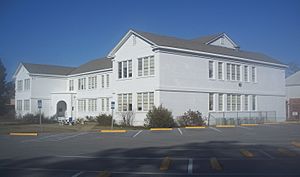 Altha, served by the Calhoun County School District is home to the K-12 Altha Public School, established early after the turn of the twentieth century.

All content from Kiddle encyclopedia articles (including the article images and facts) can be freely used under Attribution-ShareAlike license, unless stated otherwise. Cite this article:
Altha, Florida Facts for Kids. Kiddle Encyclopedia.