Don José de Cañizares — diarist on the 1769 overland Portola expedition and who sailed with Don Juan Manuel de Ayala on the San Carlos, the first ship to enter San Francisco Bay on August 5, 1775 — named the cove north and west of Benicia Puerto de las Asunta (Assumption Harbor in Spanish) because he discovered it on that feast day in 1775. The cove is noted as "J" on Cañizares' famous 1781 Map of San Francisco Bay. The present name, Southampton Bay, is for the Navy frigate Southampton, which Commodore Thomas ap Catesby Jones sailed, along with a small fleet, to the cove in 1849.

The sandstone point at Benicia SRA has been known as Rocky Point, Quarry Point and now Dillon Point. Stonecutter Patrick Dillon came to California from Tipperary, Ireland, during the 1849 California Gold Rush, settling in Benicia in 1851. General Vallejo leased Dillon the tidal flat at Southampton Bay and Rocky Point peninsula for a sandstone quarry. When the sandstone played out, the Dillon family and subsequent owners raised sheep and grapes until the State acquired the property in 1967. 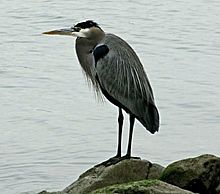 Park mammals include the federally endangered northern salt marsh harvest mice (Reithrodontomys raviventris halicoetes). Other mammals living in the park are coyote (Canis latrans), river otter (Lontra canadensis), muskrat (Ondatra zibethicus) and California golden beaver (Castor canadensis subauratus). The beaver probably migrated from the Sacramento-San Joaquin River Delta in 2007. Historically, before the California Fur Rush of the late eighteenth and early nineteenth centuries, the Delta probably held the largest concentration of beaver in North America. It was California's early fur trade, more than any other single factor, that opened up the West, and the San Francisco Bay Area in particular, to world trade. In 1840, explorer Captain Thomas Farnham wrote that "There is probably no spot of equal extent in the whole continent of America which contains so many of these muchsought animals."

Cyclists, runners, walkers and roller skaters enjoy the park's 2.5 miles (4 km) of road and bike paths. The Hike and Bike Trail—two parallel, paved, accessible trails—begins at the Military West entrance and runs 0.75 miles to the main park entrance, joining Dillon Point Road for 1.5 miles. The trail system is part of the Bay Area Ridge Trail and San Francisco Bay Trail. Most popular is the 1.5-mile-long walk out to Dillon Point on the park road. Picnicking is available at the group picnic area, one mile into the park. The Forrest Deaner Native Plants Botanic Garden is located at the end of the picnic area, offering displays of and information about plants native to the Bay Area. From the top of Dillon Point, you can trace the route of the Carquinez Strait Scenic Loop Trail, a 50-mile route that will, when finished, ring the strait.

All content from Kiddle encyclopedia articles (including the article images and facts) can be freely used under Attribution-ShareAlike license, unless stated otherwise. Cite this article:
Benicia State Recreation Area Facts for Kids. Kiddle Encyclopedia.