As Knightbridge Professor of Philosophy at the University of Cambridge and Deutsch Professor of Philosophy at the University of California, Berkeley, Williams became known for his efforts to reorient the study of moral philosophy to psychology, history, and in particular to the Greeks. Described by Colin McGinn as an "analytical philosopher with the soul of a general humanist," he was sceptical about attempts to create a foundation for moral philosophy. Martha Nussbaum wrote that he demanded of philosophy that it "come to terms with, and contain, the difficulty and complexity of human life."

Williams was a strong supporter of women in academia; according to Nussbaum, he was "as close to being a feminist as a powerful man of his generation could be." He was also famously sharp in conversation. Gilbert Ryle, one of Williams's mentors at Oxford, said that he "understands what you're going to say better than you understand it yourself, and sees all the possible objections to it, and all the possible answers to all the possible objections, before you've got to the end of your own sentence." 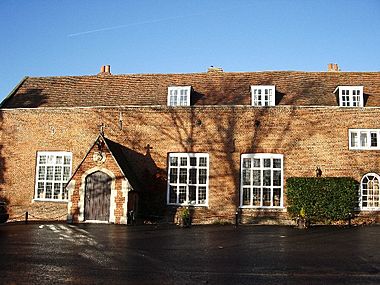 The young Bernard was in perpetual intellectual motion, like a dragonfly hovering above a sea of ideas. Everyone he encountered, every event that occurred were material for his insight and his wit.

Williams was born in Westcliff-on-Sea, a suburb of Southend, Essex, to Hilda Amy Williams, née Day, a personal assistant, and Owen Pasley Denny Williams, chief maintenance surveyor for the Ministry of Works. He was educated at Chigwell School, an independent school, where he first discovered philosophy. Reading D. H. Lawrence led him to ethics and the problems of the self. In his first book, Morality: An Introduction to Ethics (1972), he quoted with approval Lawrence's advice to "[f]ind your deepest impulse, and follow that."

Awarded a scholarship to Oxford, Williams read Greats (pure Classics followed by Ancient History and philosophy) at Balliol. Among his influences at Oxford were W. S. Watt, Russell Meiggs, R. M. Hare, Elizabeth Anscombe, Eric Dodds, Eduard Fraenkel, David Pears and Gilbert Ryle. He shone in the first part of the course, the pure classics (being particularly fond of writing Latin verses in the style of Ovid) and graduated in 1951 with a congratulatory first in the second part of the course and a prize fellowship at All Souls.

After Oxford, Williams spent his two-year national service flying Spitfires in Canada for the Royal Air Force. While on leave in New York, he became close to Shirley Brittain Catlin (born 1930), daughter of the novelist Vera Brittain and the political scientist George Catlin. They had already been friends at Oxford. Catlin had moved to New York to study economics at Columbia University on a Fulbright scholarship.

Williams returned to England to take up his fellowship at All Souls and in 1954 became a fellow at New College, Oxford, a position he held until 1959. He and Catlin continued seeing each other. She began working for the Daily Mirror and sought election as a Labour MP. Williams, also a member of the Labour Party, helped her with the 1954 by-election in Harwich in which she was an unsuccessful candidate. 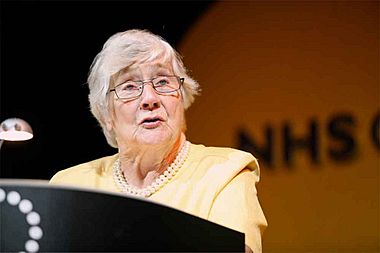 Williams and Catlin were married in London in July 1955 at St James's, Spanish Place, near Marylebone High Street, followed by a honeymoon in Lesbos, Greece.

The couple moved into a very basic ground-floor apartment in London, on Clarendon Road, Notting Hill. Given how hard it was to find decent housing, they decided instead to share with Helge Rubinstein and her husband, the literary agent Hilary Rubinstein, who at the time was working for his uncle, Victor Gollancz. In 1955 the four of them bought a four-storey, seven-bedroom house in Phillimore Place, Kensington, for £6,800, a home they lived in together for 14 years. Williams described it as one of the happiest periods of his life.

In 1958, Williams spent a term teaching at the University of Ghana in Legon. When he returned to England in 1959, he was appointed lecturer in philosophy at University College London. In 1961, after four miscarriages in four years, Shirley Williams gave birth to their daughter, Rebecca.

Williams was a visiting professor at Princeton University in 1963, and was appointed Professor of Philosophy at Bedford College, London, in 1964. His wife was elected to parliament that year as the Labour member for Hitchin in Hertfordshire. The Sunday Times described the couple two years later as "the New Left at its most able, most generous, and sometimes most eccentric." Andy Beckett wrote that they "entertained refugees from eastern Europe and politicians from Africa, and drank sherry in noteworthy quantities." Shirley Williams became a junior minister and, in 1971, Shadow Home Secretary. Several newspapers saw her as a future prime minister. She went on to co-found a new centrist party in 1981, the Social Democratic Party; Williams left the Labour Party to join the SDP, although he later returned to Labour. 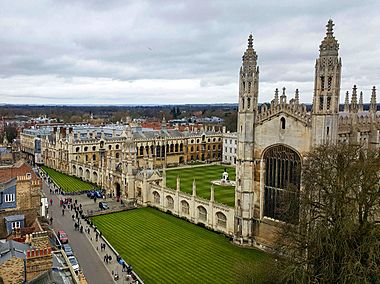 Williams spent over 20 years at King's College, Cambridge, eight of them as provost.

In 1967, at the age of 38, Williams became the Knightbridge Professor of Philosophy at the University of Cambridge and a fellow of King's College.

According to Jane O'Grady, Williams was central to the decision by King's in 1972 to admit women, one of the first three all-male Oxbridge undergraduate colleges to do so. In both his first and second marriages, he supported his wives in their careers and helped with the children more than was common for men at the time. In the 1970s, when Nussbaum's thesis supervisor, G. E. L. Owen, was harassing female students, and she decided nevertheless to support him, Williams told her, during a walk along the backs at Cambridge: "[Y]ou know, there is a price you are paying for this support and encouragement. Your dignity is being held hostage. You really don't have to put up with this."

Shirley Williams's political career (the House of Commons regularly sat until 10 pm) meant that the couple spent a lot of time apart. They bought a house in Furneux Pelham, Hertfordshire, near the border with south Cambridgeshire, while she lived in Phillimore Place during the week to be close to the Houses of Parliament. Sunday was often the only day they were together. The differences in their personal values – he was an atheist, she a Catholic – placed a further strain on their relationship. It reached breaking point in 1970 when Williams formed a relationship with Patricia Law Skinner, a commissioning editor for Cambridge University Press and wife of the historian Quentin Skinner. She had approached Williams to write the opposing view of utilitarianism for Utilitarianism: For and Against with J. J. C. Smart (1973), and they had fallen in love. 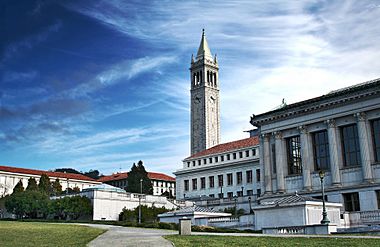 In 1979 Williams was elected Provost of King's, a position he held until 1987. He spent a semester in 1986 at the University of California, Berkeley as Mills Visiting Professor and in 1988 left England to become Monroe Deutsch Professor of Philosophy there, announcing to the media that he was leaving as part of the "brain drain" of British academics to America. He was also Sather Professor of Classical Literature at Berkeley in 1989; Shame and Necessity (1995) grew out of his six Sather lectures.

Williams returned to England in 1990 as White's Professor of Moral Philosophy at Oxford and fellow of Corpus Christi. His sons had been "at sea" in California, he said, not knowing what was expected of them, and he had been unable to help. He regretted having made his departure from England so public; he had been persuaded to do so to highlight Britain's relatively low academic salaries. When he retired in 1996, he took up a fellowship again at All Souls.

Williams enjoyed opera from an early age, particularly Mozart and Wagner. Patricia Williams writes that he attended performances of the Carl Rosa Company and Sadler's Wells as a teenager. In an essay on Wagner, he described having been reduced to a "virtually uncontrollable state" during a performance by Jon Vickers as Tristan at Covent Garden. He served on the board of the English National Opera from 1968 to 1986, and wrote an entry, "The Nature of Opera," for The New Grove Dictionary of Opera. A collection of his essays, On Opera, was published posthumously in 2006, edited by Patricia Williams.

Williams became a fellow of the British Academy in 1971 and an honorary member of the American Academy of Arts and Sciences in 1983. The following year he was made a syndic of the Fitzwilliam Museum in Cambridge and later the chair. In 1993 he was elected to a fellowship of the Royal Society of Arts, and in 1999 he was knighted. Several universities awarded him honorary doctorates, including Yale and Harvard.

Williams died of heart failure on 10 June 2003 while on holiday in Rome; he had been diagnosed in 1999 with multiple myeloma, a form of cancer. He was survived by his wife, their two sons, and his first child, Rebecca. He was cremated in Rome.

On the contrary, one of the most notable features of his philosophical outlook was an unwavering insistence on a series of points that may seem obvious but which are nevertheless all-too-frequently neglected: that moral or ethical thought is part of human life; that in writing about it, philosophers are writing about something of genuine importance; that it is not easy to say anything worth saying about the subject; that what moral philosophers write is answerable to the realities of human history, psychology, and social affairs; and that mere cleverness is indeed not the relevant measure of value."

Being in Williams's presence is at times painful because of that intensity of aliveness, which challenges the friend to something or other, and yet it was, and is, not terribly clear to what. To authenticity, I now think: to being and expressing oneself more courageously and clearly than one had done heretofore.

In 1996 Martin Hollis said that Williams had "a good claim to be the leading British philosopher of his day," but that, although he had a "lovely eye for the central questions," he had none of the answers. Alan Thomas identified Williams's contribution to ethics as an overarching scepticism about attempts to create a foundation for moral philosophy, explicitly articulated in Ethics and the Limits of Philosophy (1985) and Shame and Necessity (1993), in which he argued that moral theories can never reflect the complexities of life, particularly given the radical pluralism of modern societies.

Learning to be yourself, to be authentic and to act with integrity, rather than conforming to any external moral system, is arguably the fundamental motif of Williams's work, according to Sophie Grace Chappell. "If there's one theme in all my work it's about authenticity and self-expression," Williams said in 2002. "It's the idea that some things are in some real sense really you, or express what you and others aren't ... The whole thing has been about spelling out the notion of inner necessity." He moved moral philosophy away from the Kantian question, "What is my duty?", and back to the issue that mattered to the Greeks: "How should we live?"

All content from Kiddle encyclopedia articles (including the article images and facts) can be freely used under Attribution-ShareAlike license, unless stated otherwise. Cite this article:
Bernard Williams Facts for Kids. Kiddle Encyclopedia.