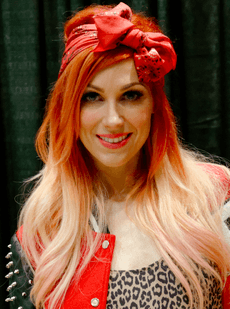 Bonnie Leigh McKee (born January 20, 1984) is an American actress and a singer-songwriter. Her first studio album, Trouble, was released in 2004. She released the lead single "American Girl" from her yet untitled second album in 2013.

McKee has worked on albums and songs released by Katy Perry. She has also written for Avril Lavigne, Kesha and Miranda Cosgrove.

McKee was born in Vacaville, California

All content from Kiddle encyclopedia articles (including the article images and facts) can be freely used under Attribution-ShareAlike license, unless stated otherwise. Cite this article:
Bonnie McKee Facts for Kids. Kiddle Encyclopedia.