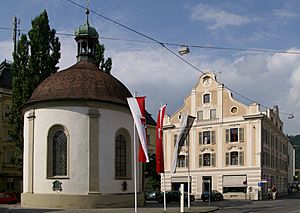 The Chapel to St. Nepomuk was built in the 18th century in Baroque style 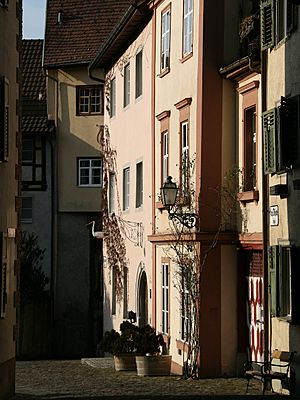 The old part of the City 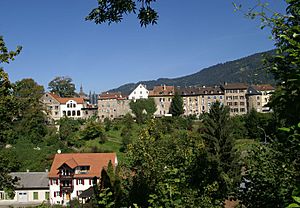 Looking towards the old part of the city 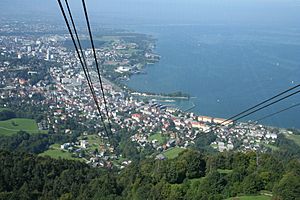 Bregenz from the nearby mountain

Bregenz is the capital of Vorarlberg, the westernmost federal state of Austria. About 27.000 people live in the city proper, its agglomeration has about 60.000 people. Together with Lindau, the settled area (which reaches into the south of Germany, and into Switzerland) has about 120.000 people. The city has a port on Lake Constance and is a railway hub.

Humans have lived in the area since about 1500 BC. During Roman times, there was an Oppidum. Parts of the city are fortified. Bregenz has the right to hold a market once a week since 1330.

The borders of Switzerland and Germany are less than 10 km away.

All content from Kiddle encyclopedia articles (including the article images and facts) can be freely used under Attribution-ShareAlike license, unless stated otherwise. Cite this article:
Bregenz Facts for Kids. Kiddle Encyclopedia.