The Burke-Gilman segment is managed by the City of Seattle south of NE 145th Street. The trail begins at 11th Avenue NW in Ballard and follows along the Lake Washington Ship Canal and north along Lake Washington. At Blyth Park in Bothell the trail becomes the Sammamish River Trail and continues for 10 miles (16 km) to Marymoor Park, Redmond, on Lake Sammamish. With the completion of a connector trail through Marymoor Park in May, 2009 the trail network continues to the city of Issaquah via the East Lake Sammamish Trail. With the addition of the connector, the longest unbroken segment of the trail currently extends 42 miles. It runs 14.1 miles (22.7 km) between Ballard and Tracy Owen Station in Kenmore (its initial eastern end), or 17 miles (27 km) to Blyth Park. The Seattle Parks Department considers the Burke-Gilman segment of the trail to end in Kenmore; The total distance from Golden Gardens Park to Bothell, including the proposed "missing link" through Ballard, is 19.8 mi (31.9 km). King County considers that the segments divide in Bothell, Judge Burke and Daniel Gilman's original Road east ran past Snoqualmie Falls, before North Bend. 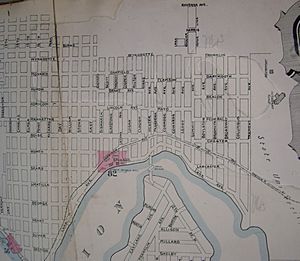 This 1893 map shows part of the rail route that later became the Burke-Gilman Trail.

The trail is a substantial part of the 90 miles (140 km) of signed bike routes in Seattle and the 175 miles (282 km) of trails in the King County Trails System. The newest segment of the Burke-Gilman part, opened in July 2005, runs for 0.7 miles (1.1 km) from NW 60th Street and Seaview Avenue NW to the Ballard Locks. The main trail resumes at 11th Avenue NW and NW 45th Street and runs 17 miles (27 km) to Blyth Park in Bothell. There, it becomes the Sammamish River Trail segment, which parallels the Sammamish River for 10 miles (16 km) to Redmond.

Currently the trail runs along the Fremont Cut, Lake Union (an old freight depot remains visible at the foot of Stone Way), and through the University of Washington campus. After passing the University Village shopping center, the trail heads up through northeast neighborhoods, alongside the Hawthorne Hills, Laurelhurst and Windermere neighborhoods; through the Sand Point neighborhood, passing Magnuson Park, then alongside Lake Washington from just before the Matthews Beach and Cedar Park neighborhoods of the former Lake City, continuing on through Lake Forest Park and Kenmore to Bothell. The trail throughout is nearly level with few large intersection crossings — it is a former railroad right-of-way. 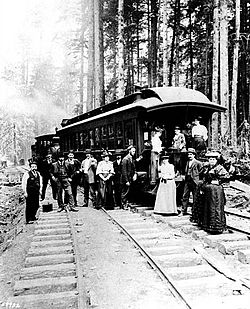 The trail can trace its origins to the founding of the Seattle, Lake Shore and Eastern Railway on 15 April 1885, by ten men headed by judge Thomas Burke and Daniel Gilman. In its heyday, Burke and Gilman's road extended from Downtown north to Arlington and east to Rattlesnake Prairie above Snoqualmie Falls. Taken over by the Northern Pacific Railway around 1890, the line became part of the Burlington Northern Railroad in 1970, and was abandoned in 1971. In 1978, the first 12.1 miles (19.5 km) of the right-of-way, from Seattle's Gas Works Park to Kenmore's Tracy Owen Station, was opened as a public trail and named after the founders of the railroad.

The Burke-Gilman Trail Ends in Bothell along West Riverside Drive just short of 102 Ave NE. Here stands the next missing link with abandoned railroad between Bothell and Woodinville. Within Woodinville there is a mile of active rail line being part of the Eastside Rail Corridor and the Redmond Central Connector. From Blythe Park, south Bothell, the King County Regional Trail continues as the Sammamish River Regional Trail to our next portion of this famous railroad grade. You can continue to follow Burke and Gilman's old SLS&E along as the East Lake Sammamish Trail, The Rainier Trail in Issaquah, The Issaquah Preston Trail and the Preston Snoqualmie Trail. The Snoqualmie Falls-North Bend link of Burke and Gilman's old SLS&E has become the line of the Northwest Railway Museum. The SLS&E terminated just beyond North Bend in Sallal Prairie. To continue on the regional trail network find the Snoqualmie Valley Trail in North Bend and connect with the Iron Horse State Park at Rattlesnake Lake.

As of 2006[update], there are extensions of the Burke-Gilman Trail at its western end: connecting the short and long segments between the Ballard Locks and 11th Avenue, and a northern extension along Shilshole Bay from NW 60th Street to Golden Gardens Park, and planning for connecting between the Ballard Locks and downtown Ballard at 11th Avenue NW and NW 45th Street. A major point of contention regarding the remaining "missing link" project is the industrial nature of the Salmon Bay waterfront, through which this portion of the trail would pass. Many business owners are concerned about the safety and liability issues inherent in the convergence of trains, trucks, cyclists, and pedestrians, while the city and citizens groups claim the dangers are being exaggerated. The trail overall can at times be busy and even crowded. 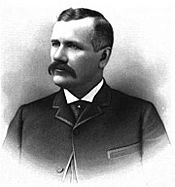 A two-mile section of the trail within Lake Forest Park was temporarily closed for redevelopment from June 2011 to February 2012.

The trail intersects the following:

All content from Kiddle encyclopedia articles (including the article images and facts) can be freely used under Attribution-ShareAlike license, unless stated otherwise. Cite this article:
Burke-Gilman Trail Facts for Kids. Kiddle Encyclopedia.