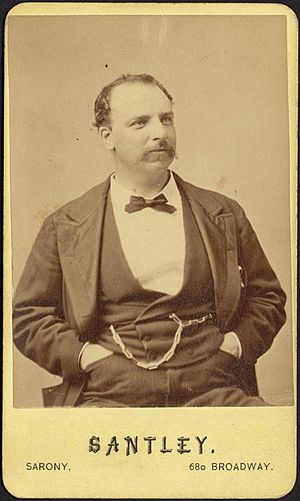 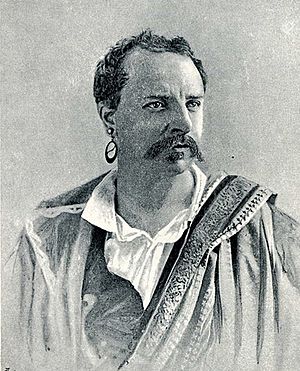 Sir Charles Santley (28 February 1834 – 22 September 1922) was an English opera and oratorio singer with a bravura technique who became the most eminent English baritone and male concert singer of the Victorian era. His has been called 'the longest, most distinguished and most versatile vocal career which history records.'

Santley appeared in many major opera and oratorio productions in Great Britain and North America, giving numerous recitals as well. Having made his debut in Italy in 1857 after undertaking vocal studies in that country, he elected to base himself in England for the remainder of his life, apart from occasional trips overseas. One of the highlights of his stage career occurred in 1870 when he led the cast in the first Wagner opera to be performed in London, The Flying Dutchman, at the Theatre Royal, Drury Lane. Santley retired from opera during the 1870s in order to concentrate on the lucrative concert circuit.

All content from Kiddle encyclopedia articles (including the article images and facts) can be freely used under Attribution-ShareAlike license, unless stated otherwise. Cite this article:
Charles Santley Facts for Kids. Kiddle Encyclopedia.