Clinton is a city in Hinds County, Mississippi, United States. Situated in the Jackson metropolitan area, it is the tenth largest city in Mississippi. The population was 25,216 at the 2010 United States Census. 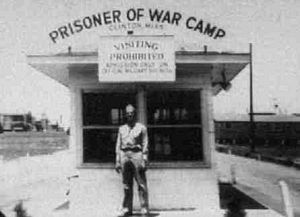 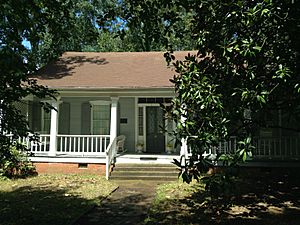 Founded in 1823, Clinton was originally known as Mount Salus, which means "Mountain of health". It was named for the plantation home of Walter Leake, third governor of Mississippi, which was located in Clinton and built in 1812. In 1828, the city changed its name to Clinton in honor of DeWitt Clinton, the former governor of New York who led completion of the Erie Canal.

The first road through Mount Salus/Clinton was the Natchez Trace, improved from a centuries-old Native American path. Currently Clinton has three major highways that pass through the city:U.S. Route 80, Interstate 20 and the Natchez Trace Parkway.

Mississippi College, a Christian university located in Clinton, is the oldest college in the state of Mississippi, founded January 24, 1826 as Hampstead Academy, the second male college in the state after Jefferson College. Mississippi College is the second oldest Baptist university in the world, and was the first coeducational college in the United States to grant a degree to a woman. Clinton is home to sports teams known as the "Clinton Arrows" and "Mississippi College Choctaws". Hillman College, originally for women, was founded in 1853 as Central Female Institute, supported by the Central Baptist Association. It changed its name in 1891. Mount Hermon Female Seminary, a historically black college, was established in 1875 by Sarah Ann Dickey. It closed in 1924 as students moved to co-educational institutions.

The Clinton-Vicksburg Railroad was the second-oldest in the state, incorporated in 1831. It contributed to the export of 20,000 bales of cotton annually from this city, the most of any city between Vicksburg and Meridian. Cotton from three surrounding counties was shipped through Clinton and by rail to Grand Gulf on the Mississippi.

During the Civil War, Confederate forces, as well as Union troops— the latter commanded by generals Ulysses S. Grant and Sherman—briefly occupied Clinton on their way to the Battle of Vicksburg in May 1863. Grant had mistakenly believed that John C. Pemberton, a Confederate general, would attack him at Clinton. Grant finally took Vicksburg in this campaign.

In September 1875 during the election campaign, a Republican political rally was held in downtown Clinton, where 3000 people were gathered and expecting Governor Adelbert Ames and other prominent speakers. It was disrupted by white insurgents. Their attack resulted in what was called the "Clinton Riot," and the deaths of several white men and an estimated 50 blacks later that night and over the next few days, when armed whites arrived by train and widely attacked blacks. Among the black victims were schoolteachers, church leaders and local Republican organizers. Whites had been attacking black and white Republicans in every election cycle, and that year the paramilitary Red Shirts arose in the state to suppress black voting. The U.S. government sent more troops in answer to the governor's appeal for protection: election-related violence continued through the fall and enabled white Democrats to gain control of the state legislature, a political shift that heralded the end of the Reconstruction era.

During World War II, Camp Clinton was established, a German POW camp south of town which housed about 3,000 German soldiers. Most of the prisoners were from the Afrika Korps. Of the 40 German generals captured in the war, Camp Clinton housed 35 of them. The German soldiers provided the labor to build a replica model of the Mississippi River Basin for the U.S. Army Corps of Engineers, used for flood prevention.

Clinton, the smallest city to ever host a Fortune 500 company, was the headquarters for WorldCom from the mid-1990s until 2002. It went bankrupt due to what was at the time the largest accounting scandal in U.S. history. The financial dealings resulted in fraud-related convictions of Bernard Ebbers, CEO and Scott Sullivan, CFO. The company changed its name to MCI and moved its corporate headquarters location to Ashburn, Virginia. Verizon, MCI's successor, owns SkyTel (no relation to Bell Mobility's Skytel brand). It still occupies the massive former WorldCom compound in Clinton.

On April 15, 2011, an EF3 tornado struck the city at about 11:00 a.m. CDT. It produced damage near Interstate 20, which included total destruction to the BankPlus building. Malaco Records was destroyed as well. Ten people were injured by the tornado.

There were 8,328 households out of which 35.9% had children under the age of 18 living with them, 56.0% were married couples living together, 13.8% had a female householder with no husband present, and 27.0% were non-families. 23.1% of all households were made up of individuals and 8.4% had someone living alone who was 65 years of age or older. The average household size was 2.60 and the average family size was 3.08.

All content from Kiddle encyclopedia articles (including the article images and facts) can be freely used under Attribution-ShareAlike license, unless stated otherwise. Cite this article:
Clinton, Mississippi Facts for Kids. Kiddle Encyclopedia.