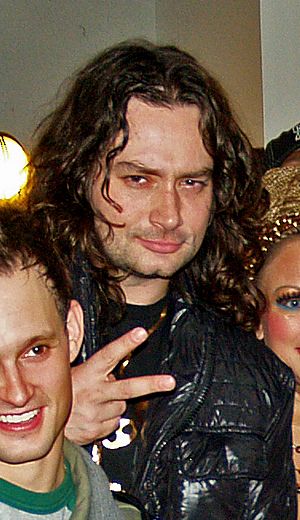 Constantine Maroulis (born September 17 1975) is an American singer, actor and writer from New York. He was on the popular television program American Idol. With his past work experiences, he stands out from other American Idol singers. Before he was on television, he sang in the rock band Pray for the soul of Betty. Right now, he is taking a break from his band to sing on his own. He is the first Idol alum to sign a contract for the making of a new television sitcom.

All content from Kiddle encyclopedia articles (including the article images and facts) can be freely used under Attribution-ShareAlike license, unless stated otherwise. Cite this article:
Constantine Maroulis Facts for Kids. Kiddle Encyclopedia.