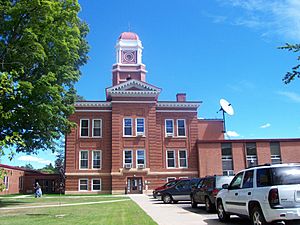 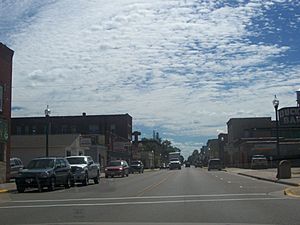 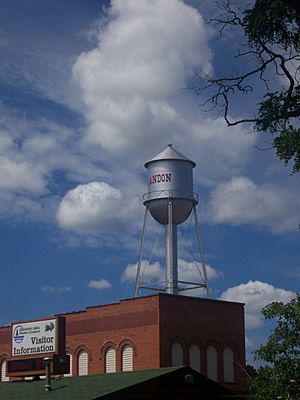 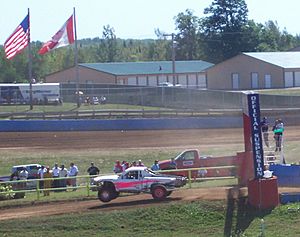 Crandon is a city in Forest County, Wisconsin, United States; it is in the northeastern part of the state, about 100 miles (160 km) north of Green Bay. The population was 1,920 at the 2010 census. It is the county seat of Forest County and is the only incorporated community in the county. The city is located adjacent to the Town of Crandon.

Samuel Shaw, an entrepreneur and capitalist, bought property in the area of Forest County in the 1880s, formerly Oconto County. With the aide of Major Frank P. Crandon, tax commissioner with the Chicago and North Western Transportation Company, he successfully lobbied the Wisconsin Legislature for the creation of Forest County, which was established in 1887. Because of his help, Frank Crandon became the namesake for the county seat. Rail service arrived shortly thereafter in the region via the Soo Line Railroad, but a spur line did not directly reach the town until the turn of the 20th century.

The lumber industry defined the early growth of the city. In 1891, Page and Landeck Lumber Company purchased a tract of hardwood timberlands near Crandon, and by 1902, the company built a huge sawmill (later named the Keith & Hiles Lumber Mill) near Clear Lake on Crandon's north side. The population of Crandon grew from 800 to more than 2,400 in just a few years. With the rail line's presence, settlers and loggers from Kentucky were recruited for the bustling timber industry of northern Wisconsin. The company's sawmill eventually was moved to Crandon from Glasgow, Kentucky. Modern culture lore reflects the early "Kentuck" ancestors. The city was officially incorporated as Crandon in 1909 after construction of the county courthouse began, and much of the town's building stock was constructed during this time. Though timber has diminished as a prominent industry in the north-central United States, logging companies still operate in the nearby Nicolet National Forest.

From the 1980s to 2003, Crandon was the center of an environmental debate to construct a mining operation at the proposed Crandon mine, a rich copper deposit discovered by the Exxon Coal and Minerals Company. The heated discussion led to a Wisconsin Legislature mining moratorium act in 1998. Eventually, the proposed company and mine site lands were purchased by the opposed Mole Lake Sakaogon Chippewa and Forest County Potawatomi tribes, whose reservations sat near the site. The project was withdrawn in October 2003.

There were 771 households, of which 30.6% had children under the age of 18 living with them, 41.4% were married couples living together, 17.0% had a female householder with no husband present, 6.0% had a male householder with no wife present, and 35.7% were non-families. 30.5% of all households were made up of individuals, and 14.1% had someone living alone who was 65 years of age or older. The average household size was 2.33 and the average family size was 2.87.

Crandon is served by the Crandon Municipal Airport (Y55). Located three miles southwest of the city, the airport has a 3,550 foot asphalt runway with approved GPS approaches (Runway 12-30).

Crandon's outdoor recreation opportunities include fishing, hunting, and snowmobiling, with many lakes and hundreds of miles of trails in the surrounding area. Crandon is the home of the Crandon International Off-Road Raceway, which hosts the world championship off-road races.

Major industries include logging, tourism and light industry. The recreation and camping industry also includes the home of the World Championship Off-Road Races (see Sports in Wisconsin). The downtown contains typical restaurants, retail and services of a small city serving nearly 2000 residents. With the tourism influx the town also has many hotels, lodges, and inns. Crandon has two casinos, the Mole Lake casino and Potawatomi Bingo and Northern Lights Casino. CoVantage Credit Union is the area's largest financial company.

All content from Kiddle encyclopedia articles (including the article images and facts) can be freely used under Attribution-ShareAlike license, unless stated otherwise. Cite this article:
Crandon, Wisconsin Facts for Kids. Kiddle Encyclopedia.