Culpeper (formerly Fairfax) is the only incorporated town in Culpeper County, Virginia, United States. The population was 16,379 at the 2010 census, up from 9,664 at the 2000 census. It is the county seat of Culpeper County.

After forming Culpeper County, Virginia, in 1748, the Virginia House of Burgesses voted to establish the Town of Fairfax on February 22, 1759. The name honored Thomas Fairfax, 6th Lord Fairfax of Cameron, who was proprietor of the Northern Neck, a vast domain north of the Rappahannock River; his territory was then defined as stretching from Chesapeake Bay to what is now Hampshire County, West Virginia.

The original plan of the town called for ten blocks, which form the core of Culpeper's downtown area today. The original town was surveyed by a young George Washington. In 1795, the town received a post office under the name Culpeper Court House, although most maps continued to show the Fairfax name. The confusion resulting from the difference in official and postal names, coupled with the existence of Fairfax Court House and Fairfax Station post offices in Fairfax County, was finally resolved when the Virginia Assembly formally renamed the town Culpeper in 1869 (Acts, 1869–1870, chapter 118, page 154).

During the American Revolutionary War, the Culpeper Minutemen, a pro-Independence militia, formed in the town of Culpeper. They organized in what was then known as "Clayton's Old Field," near today's Yowell Meadow Park.

During the Civil War, Culpeper was a crossroads for a number of armies marching through central Virginia, with both Union and Confederate forces occupying the town by turn. In the heart of downtown, the childhood home of Confederate General A.P. Hill stands at the corner of Main and Davis streets. One block north on Main St. (present location of Piedmont Realty) was the frame house where "The Gallant Major" John Pelham died after sustaining a wound at the battle of Kelley's Ford. 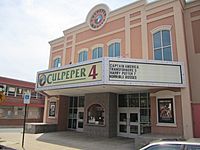 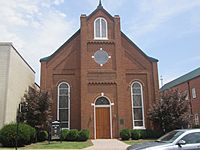 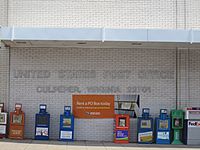 Culpeper began to grow dramatically in the 1980s, becoming a "bedroom community" of more densely populated Northern Virginia and Washington, D.C. suburbs. A growing number of residents of the town and county of Culpeper once lived and continue to work in those areas.

In 2011, East Davis Street in downtown Culpeper was named as a 2011 America's Great Place by the American Planning Association.

Downtown Culpeper was one of the communities most affected by the August 23, 2011 Virginia earthquake. Several buildings along Main Street and East Davis Street suffered structural damage, and some have been condemned. The earthquake led to the temporary evacuation of the Packard Campus for Audio-Visual Conservation, which at the time was hosting a town hall event for U.S. Senator Mark Warner. In 2014 the Museum of Culpeper History moved into the town's historic train depot. 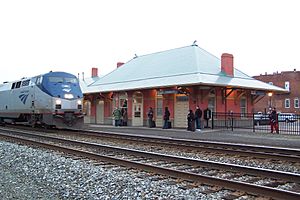 Amtrak operates a station in Culpeper, station code CLP. This station is served by the Cardinal, Northeast Regional and Crescent trains daily. Nearly 9,000 train passengers in 2010 used Culpeper station, which connects to New Orleans, Chicago, and Boston via the Crescent, Cardinal, and Northeast Regional lines.

Culpeper Regional Airport serves the area with a 5000 foot runway.

All content from Kiddle encyclopedia articles (including the article images and facts) can be freely used under Attribution-ShareAlike license, unless stated otherwise. Cite this article:
Culpeper, Virginia Facts for Kids. Kiddle Encyclopedia.