Diekirch (Luxembourgish: Dikrech; from Diet-Kirch, i.e. "people's church") is a commune with city status in north-eastern Luxembourg, capital city of the canton Diekirch and the district of Diekirch. The city is situated on the banks of the Sauer river.

The National Museum of Military History of Luxembourg is in Diekirch.

Diekirch is mentioned in 938 as Theochirica and then as Diecirke in 1182 and Diekirke in 1221. The word Diekirch means, in Luxembourgish, "people's church". 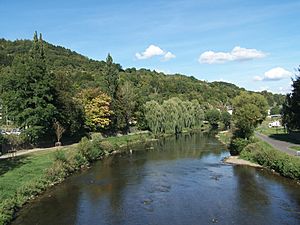 The Sauer river flows through Diekirch

Diekirch is surrounded by four communes: Tandel (Vianden canton) to the north, Bettendorf to the east, Vallée de l'Ernz to the south, and Erpeldange to the west.

The most important river is the Sauer (German, Luxembourgish) or Sûre (French) that flows through the city.

Evolution of the population in Diekirch 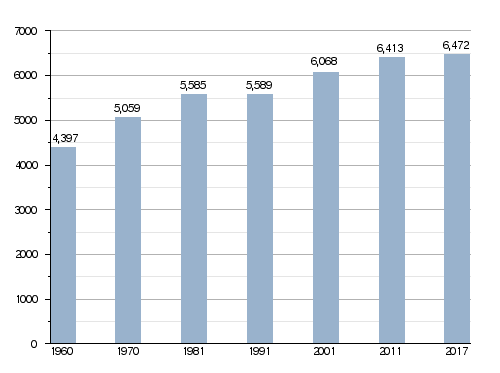 The town's mascot is the donkey. There is a donkey fountain in the centre of Diekirch.

The city of Diekirch has, as twin cities, the following cities:

All content from Kiddle encyclopedia articles (including the article images and facts) can be freely used under Attribution-ShareAlike license, unless stated otherwise. Cite this article:
Diekirch Facts for Kids. Kiddle Encyclopedia.