East Elmhurst is a residential neighborhood in the northwest section of the New York City borough of Queens. It is bounded to the south by Jackson Heights and Corona, to the north and east by Bowery Bay, and to the west by Woodside and Ditmars Steinway. The area includes LaGuardia Airport, located on the shore of Flushing Bay, and Astoria Heights (ZIP Code 11370).

According to the 2020 census data from New York City Department of City Planning, there were between 20,000 to 29,999 Hispanic residents while each the White, Black, and Asian residents all were each less than 5000 residents.

In 2011, the median move-in year for residents of one census tract in East Elmhurst was found to be 1974, the oldest of any of the more than 2,000 census tracts in the city. 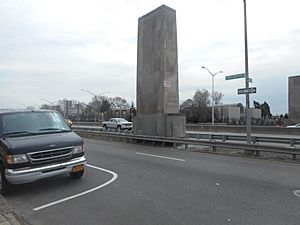 Pillars on the Grand Central Parkway aligned with 71st Street 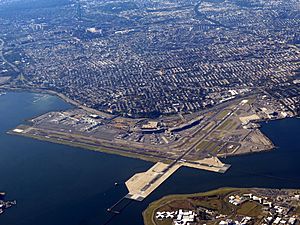 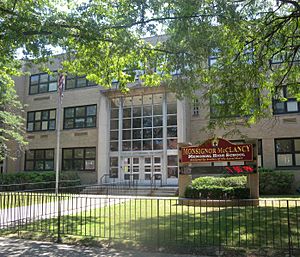 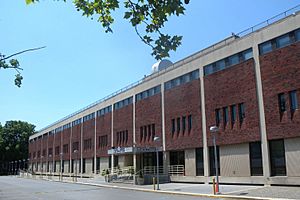 Other notable current and former residents include:

All content from Kiddle encyclopedia articles (including the article images and facts) can be freely used under Attribution-ShareAlike license, unless stated otherwise. Cite this article:
East Elmhurst, Queens Facts for Kids. Kiddle Encyclopedia.