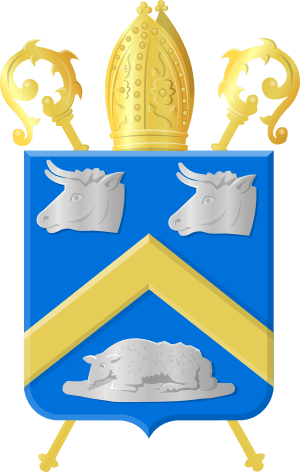 Essen is a municipality in the Belgian province of Antwerp. The municipality includes the towns of Essen Centrum, Heikant, Horendonk, Wildert, Statie en Hoek. On January 1, 2007 Essen had a total population of 17,143. The total area is 47.48 km² which gives a population density of 358 inhabitants per km².

The town is near the border with the Netherlands. Its train station is the last one in Belgium, the next station is Roosendaal, Noord-Brabant, Netherlands.

All content from Kiddle encyclopedia articles (including the article images and facts) can be freely used under Attribution-ShareAlike license, unless stated otherwise. Cite this article:
Essen, Belgium Facts for Kids. Kiddle Encyclopedia.