The name "Eufaula" comes from the Eufaula tribe, part of the Muscogee Creek Confederacy. The town and county are within the jurisdiction of the federally recognized Muscogee (Creek) Nation, descendants of the tribe who were removed here from the Southeastern United States in the 1830s.

By 1800, the Creek had a village named Eufala, located on Eufaula Creek, near what later developed as the present site of Talladega, Alabama. It was one of a group called their Upper Creek towns. Pickett's History of Alabama mentions an Indian town, belonging to the Creek, which he calls Eufaulahatche. Little Eufauly is mentioned by one of the historians of this period as early as 1792. Another Upper Creek town called Eufaula was located on the Tallapoosa River; the present town of Dadeville, Alabama developed near there. The Lower Creek had two villages of similar names: Eufaula on the Chattahoochee River, in what later became Henry County, Alabama; and Eufala, located on the east bank of the Chattahoochee River, within the limits of present Quitman County, Georgia.

Since 1832, after the U. S. Government had forced the Creek to move to Indian Territory from their previous home in the Southeastern United States, Eufaula had been a well-known center of the Creek and frequent meeting place. They held pow-wows or Indian conferences in that vicinity during the early days of Creek settlement. In the 1870s G. W. Grayson, then Chief of the Creek, his brother Samuel, George Stidham and other Creek leaders, persuaded the Missouri, Kansas & Texas Railway (later known as KATY) to locate one of its stations at this site. The older Creek village was moved here to take advantage of the railroad.

Eufaula, Indian Territory (present-day Oklahoma), began to develop as a European-American town soon after the arrival of the Katy railroad in 1872. The town received its current name after George W. Ingall, Indian agent for the Five Civilized Tribes, suggested the name Eufaula, after the earlier Muscogee tribal town in Alabama. Eufaula incorporated as a town in Indian Territory by 1898.

D. B. Whitlow and Joseph Coody established the first store on the west side of the railroad. The Graysons and G. E. Seales started a store on the east side about the same time. Dr. W. H. Bailey was the first physician and druggist to locate in the new town. Rev. R. C. McGee, a Presbyterian missionary, established one of the first churches in Eufaula. He served there as minister for many years. For years before the American Civil War, the Asbury Mission School, located two miles northeast of Eufaula, was the leading educational institution of that vicinity. It was burned in an accidental fire. 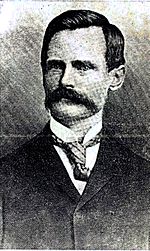 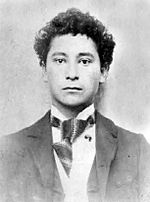 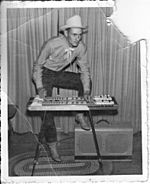 Between 1907 and 1909, after Oklahoma was admitted as a state, the people of Eufaula were involved in a dispute with nearby Checotah, known as the McIntosh County Seat War. After Checotah was designated as the new county seat, the people of Eufaula refused to hand over the county records. Soon after, a group of heavily armed men from Chectotah attempted to seize the records from the courthouse in Eufaula, but were beaten back and forced to surrender during the gunfight that followed. Eufaula was designated as the permanent seat of McIntosh County one year later.

The settlers of Eufaula built a school on the east side of the railroad, and established a free school by voluntary taxation. when the Curtis Act was passed by Congress, Eufaula levied taxes and started to build their public school system, and to make other needed public improvements. In the early 20th century, the city had paved streets, a splendid "White Way," five brick-and-stone schoolhouses, seven churches, a large cotton oil mill, light and ice plant, business blocks, three parks, a waterworks and sewage system, four banks, two hotels, the three-story brick boarding school for Creek Nation girls, and an abundance of natural gas for domestic and commercial purposes. A civic club worked to improve the town.

Eufaula is home to Lake Eufaula, the largest lake contained entirely within the state of Oklahoma because of the Eufaula Dam. Lake Eufaula contains Standing Rock, an historical monument which can no longer be seen since the creation of the lake.

Eufaula is served by U.S. Route 69 and Oklahoma State Highway 9.

The Eufaula Municipal Airport, Airport ID #Fo8, was established in 1965 and is designated as a Federal Aviation Authority. The runway is asphalt, 3,000 feet long and 60 feet wide, with flight availability for small aircraft, helicopters, and ultra light aircraft.

All content from Kiddle encyclopedia articles (including the article images and facts) can be freely used under Attribution-ShareAlike license, unless stated otherwise. Cite this article:
Eufaula, Oklahoma Facts for Kids. Kiddle Encyclopedia.