Fairwood is an unincorporated community and census-designated place (CDP) in King County, Washington, United States. As of the 2010 census the population was 19,102.

The Fairwood area was settled in the late 1880s with coal mining, farming and ranching as the major activities. In those times, transportation was limited, especially in the winter. There were several lakeside resorts used by Seattle area residents for fishing and day trips.

Indians and early settlers found the Cedar River which runs through the valley below Fairwood to be the shortest route from Puget Sound to Eastern Washington. The valley, north of the library, was heavily wooded with narrow and rough trails making travel difficult. The lack of a direct route and the condition of the trails, muddy in winter and rocky in summer, hindered settlement along the valley. 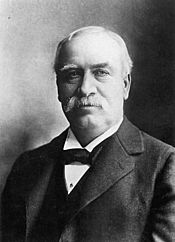 As early as 1870, Martin Cavanaugh discovered coal in the area now bordered by 196th SE and the Maple Valley Highway just below Cedar Mountain in eastern Fairwood. In 1882 the Black Diamond Coal Company of California surveyed the Cedar River Valley for coal and found enough good prospects to warrant a search and the financing of a railroad. They ended up selling the rail rights to Henry Villard of the Northern Pacific who developed the railroad under the name of Columbia & Puget Sound Railway. In 1904 this railway was sold to the Pacific Coast Coal Company which later became part of the Chicago, Milwaukee & St. Paul electrified line.

With development of the railway came settlers, many of whom worked in the mines and lived in small cedar shacks on hillsides and along the river. In 1884 James M. Colman began to mine the Cedar Mountain area, and his family helped to start and operate the small town of Cedar Mountain. It consisted of a store, hotel, boarding house, sawmill, post office, a couple of saloons and many small homes. The children who lived at the top of the mountain went to two schools: Cedar Mountain and Crosson. Crosson was located at the present intersection of 196th and Shadow Lake Road and has since been remodeled into a residence.

One of the first known buildings in the Fairwood area is the Elliott Dairy Farm. It is a complex of eight buildings associated with the dairy farm of Robert James Elliott. The complex includes a large Craftsman-style dwelling, three barns, a feed house, milk house, equipment shed, and a carriage house with attached garage. It is the last remaining intact dairy farm in the area, as well as being the longest operating farm in the area. The dairy farm operated from 1906 to 1968, when the Elliott's grandson sold off the herd. Beef cattle were on the property until the early 1970s after which all farming operations ended. Since 1983 the house has been vacant, but it has been designated a King County Historical Landmark. In the vicinity of the Elliott farm there was a train stop known as Elliott Station (not named after Robert Elliott). This railroad stop was along the railway owned and operated by the Pacific Coast Coal Company.

The first school in the area was built near the Elliott farm and opened on November 8, 1885. All eight grades were taught in the schoolhouse and attendance ranged from two to two dozen. The school became part of the Renton School District in 1942 and closed its doors in 1962. The building was purchased by William Veenhuizen in 1947 and moved back to their farm which is located a short distance from the Elliott farm. William Veenhuizen is a long-time resident of the Fairwood area and was born in the farm to which he moved the schoolhouse. The school has since been turned into apartments. 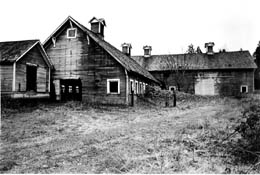 The Aqua Barn Ranch, a large white, two story farmhouse with green shutters, is also one of the oldest structures in the Fairwood. In 1894 Samuel and Mary Denny bought 40 acres of what would eventually become the Aqua Barn Ranch. Samuel was a cousin of Arthur Denny, one of Seattle's founders. His wife, Mary, was the youngest daughter of Carson Boren, another early Seattle pioneer. They built a small farmhouse on the property and in 1889 sold it to Lars and Sine Hansen. Albert Hansen, the son of Lars and Sine, and his wife, Janette, moved into the house in 1916 and remodeled it as it appears today. They continued to operate the dairy until 1945 until their daughter, Mrs. Helen Flynn, and her husband took over the property in the 1950s. They turned the 60 acres of land and buildings into a rural recreation center which is still in operation today. The Madsen farm, close by the Hansen property, housed the first post office in the area near the Elliott train stop. the Aqua Barn and the Elliot Farm buildings remain standing along the Maple Valley Highway, as reminders of the early days.

Benson Highway, one of the major roads in the Fairwood area, is named after John H. Benson. In 1906 John and Elmer, his brother, bought several tracts of land in an area platted as Spring Glen Acre Tracts. They moved into an old homestead on Elmer's property until John was able to build a four-bedroom home on his piece of land. The only access to the property was on an old trail that slowed them down so much that they began to look for ways to build a road. They built a temporary road which was not passable in winter and this was the situation other settlers of the Spring Glen area faced until 1913 when the first portion of the Benson Road was built. That section was two miles long and connected the farm to Renton. Other sections of road were added over several decades until the John F. Benson Road reached from the Renton city limits to the city limits of Kent. East of Benson there was some farming, especially along the Cedar River along Jones Road (named after Ed Jones; his original ranch is now known as the Cook livestock farm), horse ranching, and a coal mine where the Fairwood Greens is located.

On the east side of fairwood, Art Foss's parents settled along Shadow Lake in 1927. They opened a small resort with cabins and a restaurant on the lake. Spring Lake, once known as Otter Lake, was often visited by Seattle fishermen who traveled by coal train up the valley and then hiked up the hill and rented rowboats from the Slusser family. Swan Lake, currently known as Lake Youngs, was also used by local residents as a place to swim, picnic and fish. Today Lake Youngs is in the Seattle watershed and is off limits to the public. The Seattle Water District has two pipelines, developed in the early 1900s, which run from the Cedar River at Landsburg through to Lake Youngs.

The Fairwood and Cascade area had many coal mines. The Lake Youngs coal mine was located where Petrovitsky Park is today. Fire King mine was located near what is known today as the Fairwood Greens. When the Fairwood Greens was developed in the early 1970s, many coal mining shafts were found and subsequently filled. A few miles west of the library on 116th SE near the Cascade Shopping Center, there was the Starkovitch Coal mine started in 1938 by the father of John Starkovitch. Martina, John's wife, indicates that she and her husband operated their mine until 1950 when it had to be shut down due to water filling up the mine shafts. Frank Plant operated a mine near Talbot Road and another mine named the Springbrook mine which was just west of the Cascade Vista area. The Wilson mine was located just west of the Benson Highway near the site of the Summerhill apartments.

The area as it is recognized today was developed in the early 1950s and 1960s. Cascade Vista began to be developed with homes in 1957 and the Cascade shopping center in 1959. Modern commercial development at the intersection of Benson and Petrovitsky started in earnest in 1959. The Fairwood Greens Golf course was completed in 1967 and major housing projects at Fairwood Greens, Fairwood West and Fairwood Crest began in 1968. Since that time the area surrounding the Fairwood library has developed rapidly with many new housing projects along 140th SE and also along Petrovitsky. Spring Glen Elementary was built in 1953 and most of the other schools in the area were constructed from 1962 (Cascade Elementary) through 1971 (Kentridge High School in 1968; Lindbergh High School which didn't open until 1973 due to a lack of students). In spite of the rapid development and influx of cars and people, you can still find reminders of how things may have been: horse farms, small sheep ranches, many winding rural roads with smaller old homes, lakes and ponds, and large tracts of undeveloped second growth forest.

The Fairwood area forms a plateau which extends from the bluffs of the Cedar River Valley on the north and east down to State Route 167 and the Kent Valley on the West. Fairwood includes opens spaces, towering trees, many neighborhoods and several commercial districts. It surrounds the Seattle watershed of Lake Youngs on the south, and borders Renton to the east, and Maple Valley to the southeast. The Fairwood area features five sizable lakes, timberland, and farmland. The incorporation area of Fairwood is 6.2-square-miles.

Autumn, winter, and spring are frequently characterized by rain, in the Seattle area, while the summers are fairly dry and warm by comparison. Fairwood's location closer to downslope winds from the Cascade Mountains means it can get fairly hot in the summers. An exception to the damp weather occurs in El Nino years when the Seattle area stays fairly dry

Fairwood typically receives some snowfall on an annual basis, but heavy snow is rare.

Residents are employed at a slightly higher rate than the rest of the County and the median income is $85,000 (versus $69,000 for King County). More than half of the workers in the Fairwood area work in south King County with less than a 30-minute commute. A significant number of Fairwood workers are in professional, management and sales jobs (70%).

The Fairwood CDP is served by two school districts, Renton and Kent. The Tahoma School District covers parts of the Fairwood ZIP code area that are within the neighboring Maple Heights-Lake Desire CDP. Schools serving the Fairwood area are:

All content from Kiddle encyclopedia articles (including the article images and facts) can be freely used under Attribution-ShareAlike license, unless stated otherwise. Cite this article:
Fairwood, King County, Washington Facts for Kids. Kiddle Encyclopedia.