Figeac (Occitan: Fijac) is a commune in southern France in the region of Occitanie. It is the sous-prefecture (capital) of the arrondissement of the same name in the Lot department.

In the late ninth century, the King Pepin I of Aquitaine founded a monastery in Figeac; the town developed around the monastery as an important city on the pilgrimage routes. In the 14th century, the walls of Figeac were built.

Figeac is on the via Podiensis, a major medieval pilgrimage trail which is part of the Way of St. James.

Figeac is on the southwestern edge of the central plateau (Massif Central), north of the valley of the Lot river, on the right bank of the Célé river, a left tributary of the Lot.

The climate of Figeac, in the Köppen climate classification, is Cfb - Oceanic climate with template summers.

The inhabitants of Figeac are known, in French, as Figeacois (women: Figeacoises).

Evolution of the population in Figeac 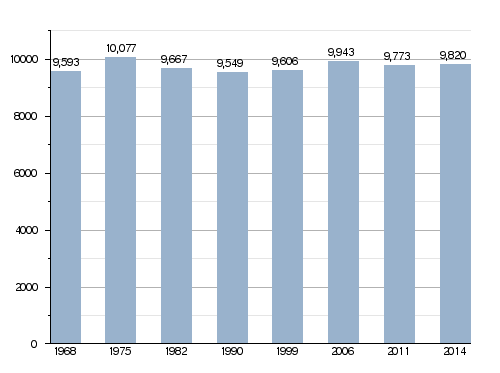 Figeac is a subprefecture of the Lot department, the capital of the arrondissement of Figeac and the administrative centre (French: chef-lieu) of the Figeac-1 and Figeac-2 cantons.

People from or related to Figeac

Figeac is twinned with:

All content from Kiddle encyclopedia articles (including the article images and facts) can be freely used under Attribution-ShareAlike license, unless stated otherwise. Cite this article:
Figeac Facts for Kids. Kiddle Encyclopedia.