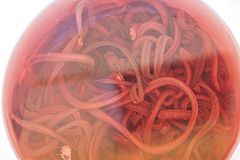 Australian beach worms ready for use as bait

Fishing bait is any substance used to attract and catch fish, e.g. on the end of a fishing hook, or inside a fish trap. Traditionally, nightcrawlers, insects, worms and smaller bait fish have been used for this purpose. Fishermen have also begun using plastic bait and more recently, electronic lures to attract fish.

Studies show that natural baits like croaker and shrimp are more recognized by the fish and are more readily accepted. Which of the various techniques a fisher may choose is dictated mainly by the target species and by its habitat. Bait can be separated into two main categories: artificial baits and natural baits. 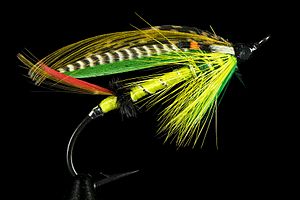 Using lures is a popular method for catching predatory fish. Lures are artificial baits designed to resemble the appearance and movement of prey, usually small fish. The lure may require a specialised presentation to impart an enticing action as, for example, in fly fishing. A common way to fish a soft plastic worm is the Texas rig.

The rat-tailed maggot is a popular fish bait. 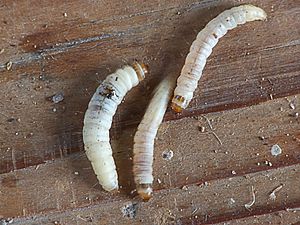 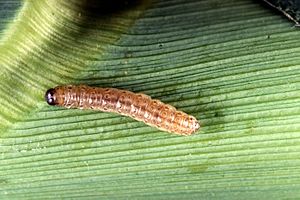 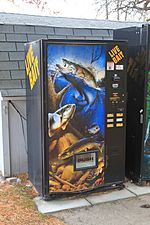 The natural bait angler, with few exceptions, will use a common prey species of the fish as an attractant. The natural bait used may be alive or dead. Common natural baits include worms, leeches (notably bait-leech Nephelopsis obscura), minnows, frogs, salamanders, and insects. Natural baits are effective due to the lifelike texture, odour and colour of the bait presented. Cheese has been known to be a very successful bait due to its strong smell and light colours.

The common earthworm is a universal bait for fresh water angling. Grubs and maggots are also excellent bait when trout fishing. Grasshoppers, bees and even ants are also used as bait for trout in their season, although many anglers believe that trout or salmon and many other fresh water fish roe is superior to any other bait. In lakes in southern climates such as Florida, United States, fish such as bream will take bread bait. Bread bait is a small amount of bread, often moistened by saliva, balled up to a small size that is bite size to a small fish.

Most common earthworm species, such as Lumbricus terrestris, which can often be dug up in the garden, are eminently suitable for freshwater fishing. However, on a commercial scale they are not really candidates for worm farming for providing fishing bait. The greyish brown common earthworms are deep burrowing (anecic) and do not readily breed in the shallow worm farm bins. The red compost worms, such as the well known red wiggler or the European nightcrawler, are better candidates, as they are epigeic, or surface dwellers. This is the reason that red worms are more usually available commercially for bait worms. Their natural home is just below the surface in rotting leaves, dung heaps and other plant litter. They are called detritivourous because they eat detritus (waste material).

The larger species, the European nightcrawler is much sought after for fishing bait as it tolerates near freezing water and is one of the few earthworms suitable for salt-water fishing. These worms can grow up to 7 inches (18 cm) in length, but usually are between 3 and 4 inches (7–10 cm) long. Worm farmers also offer other worm species for bait, depending on availability, which usually depends on the prevalent climatic conditions.

All content from Kiddle encyclopedia articles (including the article images and facts) can be freely used under Attribution-ShareAlike license, unless stated otherwise. Cite this article:
Fishing bait Facts for Kids. Kiddle Encyclopedia.