Kids Encyclopedia Facts
This page is about the city. For the adjacent town, see Fond du Lac (town), Wisconsin. 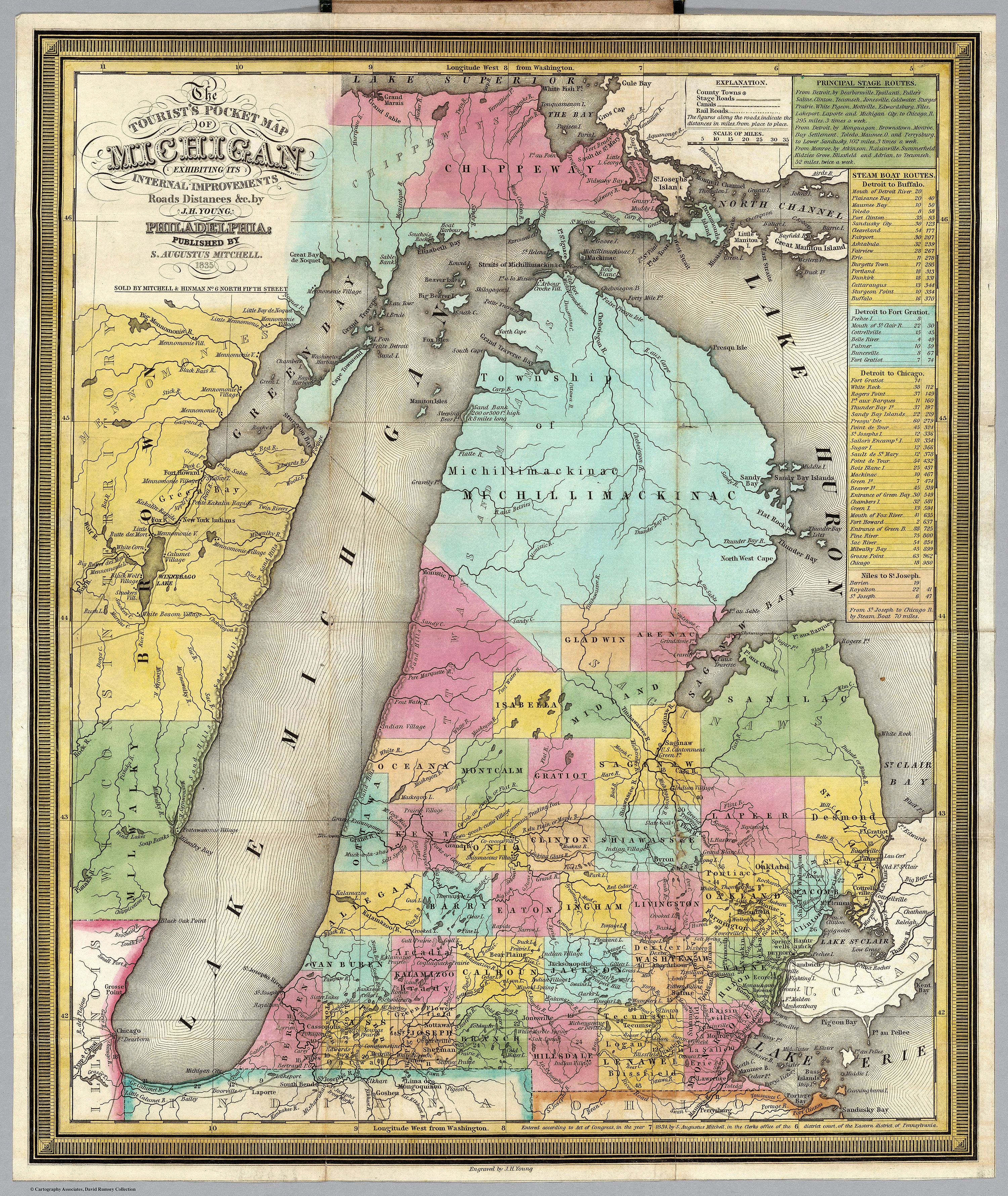 Native American tribes, primarily the Winnebagos but also the Potawatomi, Kickapoo, and Mascoutin lived or gathered in the area long before European explorers arrived. Although the identity of the first white man to explore the southern end of Lake Winnebago is uncertain, it was probably Claude-Jean Allouez, followed by French fur trappers.

James Doty, a federal judge for the western part of the Michigan Territory, thought the land at the foot of Lake Winnebago might be a good location for a city, so he and his partners bought land in the area. In 1836, during the Wisconsin Territorial Legislature, John Arndt proposed making Fond du Lac the new capital. The motion failed, and Doty convinced the legislature to choose Madison instead.

Colwert and Fanna Pier were the first white residents of the area. In 1835, the construction of the Military Ridge Road began. It passed through Fond du Lac, connecting the forts in Wisconsin and Fort Dearborn in Illinois. The first school in Fond du Lac was built in 1843. The first railroad came to the community in 1852. About 1856, the first English newspaper in Fond du Lac, the Fond du Lac Commonwealth, was founded. Logging and milling were primary industries in the late 1880s, with access to the lake as the engine of the industry. 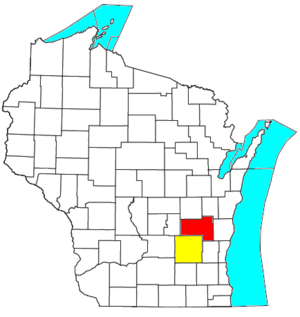 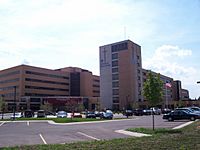 The mother house of the Sisters of Saint Agnes is in Fond du Lac. The order operates the city's Agnesian HealthCare and St. Agnes Hospital.

Fond du Lac is the episcopal see of the Episcopal Diocese of Fond du Lac. St. Paul's Cathedral is the diocese's mother church.

Fond du Lac also has a synagogue, Temple Beth Israel. Although Jewish people first came to Fond du Lac in the late 19th century, the first synagogue was not established until 1914.

The Church of Jesus Christ of Latter-day Saints has a congregation in Fond du Lac.

42.7% of Fond du Lac residents do not affiliate with any religion. 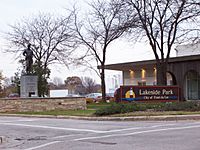 The largest park in Fond du Lac, Lakeside Park has more than 400 acres (1.6 km2) of open recreational space on the south end of Lake Winnebago. Year-round activities include a whitetail deer exhibit. Summer activities include flower displays, boating, picnics, and weddings within the park's picturesque landscape. From April 15 to October 15, the Lakeside Park Lighthouse, built in 1933, and its observation tower are open. Visitors can ride on a miniature train and an antique carousel. The park also has four jungle gyms and a petting zoo. A steam locomotive stands at the Main Street entrance to the park, donated by the Soo Line in 1955. Lakeside Park hosts a holiday event featuring a "dancing lights" display, decorations and music.

Canadian National operates the only railroad in Fond du Lac. Fond du Lac was the headquarters of the Wisconsin Central Railroad until 2001. It was part of the Soo Line until 1987.

Other important streets in the Fond du Lac area are as follows: 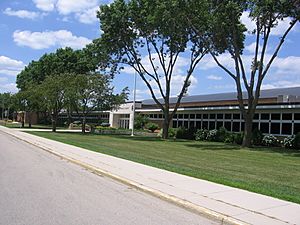 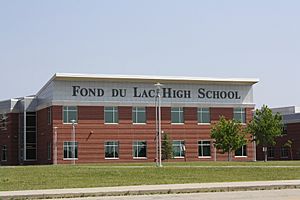 Fond du Lac is served by the Fond du Lac School District. Its schools include:

The original Fond du Lac High School, built in 1922, was Fond du Lac's only public high school to 2001. The name of the high school changed to L.(owell) P.(ierce?). Goodrich High School, ca. 1955. The original part of the high school, located solely on Linden St., was torn down about the time the new high school was built. When the current Fond du Lac High School on Campus Dr. was built (which is still Fond du Lac's only public high school), the addition part of the former building (opened 1965), located mostly on 9th St. became partially the administration building for the school district (9th St.) and partially Riverside Elementary School (Linden St.).

All content from Kiddle encyclopedia articles (including the article images and facts) can be freely used under Attribution-ShareAlike license, unless stated otherwise. Cite this article:
Fond du Lac, Wisconsin Facts for Kids. Kiddle Encyclopedia.