Oshkosh is a city in Winnebago County, Wisconsin, of which it is the county seat. The city had an estimated population of 67,004 in 2019, making it the ninth-largest city in Wisconsin. It is also adjacent to the Town of Oshkosh. 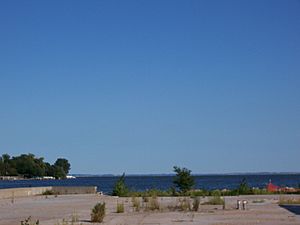 Oshkosh on the Fox River

Oshkosh was named for Menominee Chief Oshkosh, whose name meant "claw" (cf. Ojibwe oshkanzh, "the claw"). Although the fur trade brought the first European settlers to the area as early as 1818, it never became a major player in the fur trade. It was the establishment and growth of the lumber industry in the area that spurred development of Oshkosh. Oshkosh was incorporated as a city in 1853, although it had already been designated the county seat, and had a population of nearly 2,800.

The lumber industry became well established as businessmen took advantage of navigable waterways to provide access to both markets and northern pineries. The 1859 arrival of rail transportation expanded the ability to meet the demands of a rapidly growing construction market. At one time, Oshkosh was known as the "Sawdust Capital of the World" due to the number of lumber mills in the city, 11 by 1860. By 1874, there were 47 sawmills and 15 shingle mills. By 1870, Oshkosh had become the third-largest city in Wisconsin with a population of over 12,000. The Oshkosh Daily Northwestern newspaper (now the Oshkosh Northwestern) was founded around this time, as was the Oshkosh State Normal School (now the University of Wisconsin Oshkosh). On April 28, 1875, Oshkosh had a "Great Fire" that consumed homes and businesses along Main Street north of the Fox River. The fire had engulfed 70 stores, 40 factories, and 500 homes costing nearly $2.5 million (or $51.2 million in 2010 money) in damage.

Around 1900 Oshkosh was home of the Oshkosh Brewing Company, which coined the marketing slogan "By Gosh It's Good." Its Chief Oshkosh became a nationally distributed beer.

The Oshkosh All-Stars played in the National Basketball League from 1937-49 before the NBL and the Basketball Association of America merged to become the NBA. Oshkosh reached the NBL's championship finals five times. 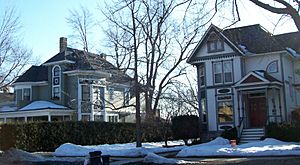 Houses in the Algoma Historic District

The city has a total of 33 listings on the National Register of Historic Places. The lumber industry made the fortunes of area entrepreneurs and businessmen, who made significant contributions to the community, politics and philanthropic organizations. Availability of materials and capital, along with devastating downtown fires in the mid-1870s, created a range of well-designed buildings for residential, commercial, civic and religious use. The many structures which make up the city's historic areas are largely a result of the capital and materials generated by the lumber and associated wood manufacturing industries. Oshkosh had six historic districts as of October 2011. They include the Algoma Boulevard, Irving/Church, North Main Street, Oshkosh State Normal School on the University of Wisconsin–Oshkosh campus, Paine Lumber Company and Washington Avenue historic districts.

The city had 27 historic buildings as of October 2011. Eleven are houses, four are churches, and the remainder include schools, colleges, a bank, a fire house, an observatory, the county courthouse, and a cemetery where many of the entrepreneurs are buried.

Oshkosh has a humid continental climate (Dfa) according to the Köppen climate classification system. 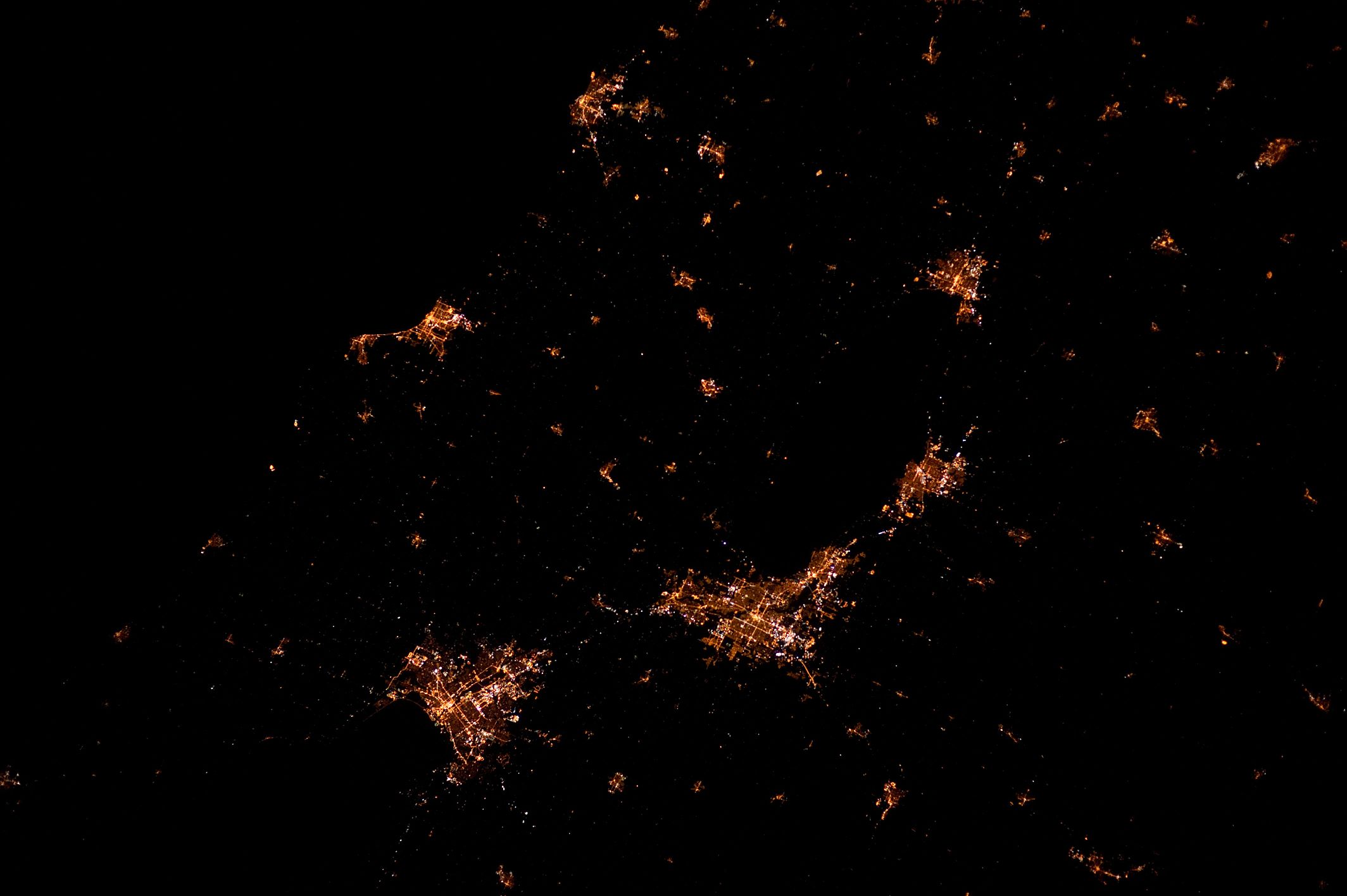 Oshkosh is also served by the GO Transit (formerly Oshkosh Transit System), which runs nine fixed-route bus routes throughout the city from 6:15 am until 6:45 pm Monday through Saturday. One of these routes also connects Oshkosh with Neenah, Wisconsin, and the Fox Cities' transit system, Valley Transit.

Oshkosh's airport, Wittman Field or Wittman Regional Airport (KOSH), opened in 1927 as Oshkosh Airport Inc. The airport had commercial traffic starting in 1928 when Northwest Airways delivered mail to Oshkosh and the Fox Cities. In 1972, the airport was renamed after race pilot Steve Wittman, who was the airport manager for 38 years.

In the 21st century, Wittman Field continues to host the EAA AirVenture Air Show and Expo (formerly the EAA Annual Convention and Fly-In up to 1998). The EAA was founded in 1953 in Milwaukee, Wisconsin, by Paul Poberezny. The event was first held at Timmerman Field. In 1959, it was moved to Rockford, Illinois. By 1969, the EAA had grown too big for Rockford Municipal Airport, and the convention voted on moving to Oshkosh. During the Airshow, Wittman Regional Airport becomes the busiest airport in the world: more than 500,000 people and 10,000 airplanes attend AirVenture each year.

The closest airport with commercial service is Appleton International Airport in Appleton, Wisconsin. 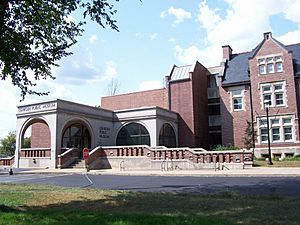 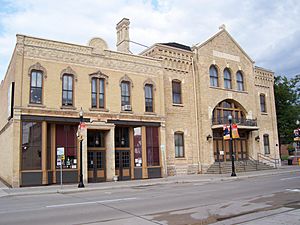 Oshkosh has seen a recent (as of 2006) resurgence in its cultural and entertainment options.

A downtown redevelopment plan led to the construction of the outdoor Leach Amphitheater on the Fox River, hosting the weekly Waterfest concert series during the summer, as well as national touring musical acts and local community events. Also in downtown Oshkosh is the Grand Opera House, a performing arts center.

Downtown Oshkosh Gallery Walk, held every first Saturday of the month year-round, surged in attendance in comparison to previous years through the warmer months of 2006. A number of downtown Oshkosh music venues have opened and existing venues have tended to expand their schedules, following the trend of the area at large. The Jambalaya Art Cooperative and Art Space Collective have been long standing anchors of the Gallery Walk. In 2010, Chicago Magazine called The Jambalaya Cooperative, 413 N. Main St., a "must see" destination when visiting Oshkosh.

The Milwaukee Bucks NBA basketball team has announced it would form a D-League franchise in Oshkosh in the 2017-2018 season.

Other points of interest: 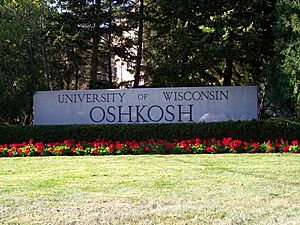 The University of Wisconsin–Oshkosh, the third-largest university in the state, is located in Oshkosh. The downtown campus serves approximately 15,000 students and employs 1,700 staff. Higher education is also served by a campus of the Fox Valley Technical College.

All content from Kiddle encyclopedia articles (including the article images and facts) can be freely used under Attribution-ShareAlike license, unless stated otherwise. Cite this article:
Oshkosh, Wisconsin Facts for Kids. Kiddle Encyclopedia.