Hialeah ( HY-ə-LEE-ə) is a city in Miami-Dade County, Florida, United States. With the population of 233,339 at the 2019 United States Census, Hialeah is the sixth-largest city in Florida. It is a principal city of the Miami metropolitan area, which was home to an estimated 6,198,782 people at the 2018 census. It is located west-northwest of Miami, and is the only place in the county, other than Homestead, Florida, to have its own street grid numbered separately from the rest of the county (which is otherwise based on Miami Avenue at Flagler Street in downtown Miami, the county seat).

The city is notable for its high Hispanic proportion, which at 94.0%, is the second-highest proportion of Hispanic Americans out of any city in the United States outside of Puerto Rico. Hialeah also has the highest percentage of Cuban and Cuban American residents of any city in the United States, at 73.37% of the population, making them a typical and prominent feature of the city's culture.

Hialeah also has one of the largest Spanish-speaking communities in the country. In 2016, 96.3% of residents reported speaking Spanish at home, and the language is an important part of daily life in the city.

Hialeah is served by the Miami Metrorail at Okeechobee, Hialeah, and Tri-Rail/Metrorail Transfer stations. The Okeechobee and Hialeah stations serve primarily as park-and-ride commuter stations to commuters and residents going into Downtown Miami, and Tri-Rail station to Miami International Airport and north to West Palm Beach.

The city's name is most commonly attributed to Muskogee origin, "Haiyakpo" (prairie) and "hili" (pretty) combining in "Hialeah" to mean "pretty prairie". Alternatively, the word is of Seminole origin meaning "Upland Prairie". The city is located upon a large prairie between Biscayne Bay and the Everglades.

The Seminole interpretation of its name, "High Prairie", evokes a picture of the grassy plains used by the native Indians coming from the everglades to dock their canoes and display their wares for the newcomers of Miami. This "high prairie" caught the eye of pioneer aviator Glenn Curtiss and Missouri cattleman James H. Bright in 1921. Together, they developed not only the town of Hialeah but also Hialeah Park Race Track. 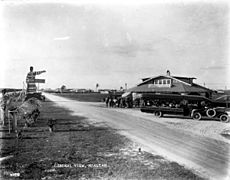 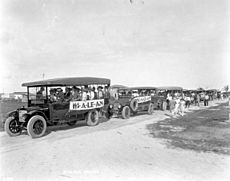 Group of tour buses sponsored by real estate developers in Hialeah in 1921.

In the early "Roaring '20s", Hialeah produced significant entertainment contributions. Sporting included the Spanish sport of jai alai and greyhound racing, and media included silent movies like D. W. Griffith's The White Rose which was made at the Miami Movie Studios located in Hialeah. However, the 1926 Miami hurricane brought many of these things to an end.

In the years since its incorporation in 1925, many historical events and people have been associated with Hialeah. The opening of the horse racing course at Hialeah Park Race Track in 1925 (which was nicknamed the "Grand Dame") received more coverage in the Miami media than any other sporting event in the history of Dade County up to that time and since then there have been countless horse racing histories played out at the world-famous 220-acre (0.89 km2) park. It was considered one of the most grand of thoroughbred horse racing parks with its majestic Mediterranean style architecture and was considered the Jewel of Hialeah at the time.

The Park's grandeur has attracted millions, included among them are names known around the world such as the Kennedy family, Harry Truman, General Omar Bradley, Winston Churchill, and J. P. Morgan. The Hialeah Park Race Track also holds the dual distinction of being an Audubon Bird Sanctuary due to its famous pink flamingos and being listed on the National Register of Historic Places. The famous aviator Amelia Earhart in 1937 said her final good-byes to the continental U.S. from Hialeah as she left on her ill-fated flight around the world in 1937.

While Hialeah was once envisioned as a playground for the elite, Cuban exiles, fleeing Fidel Castro's 1959 revolution as well as World War II veterans and city planners transformed the city into a working-class community. Hialeah historian Patricia Fernández-Kelly explained "It became an affordable Eden." She further describes the city as "a place where different groups have left their imprint while trying to create a sample of what life should be like." Several waves of Cuban exiles, starting after the Cuban Revolution in 1959 and continuing through to the Freedom Flights from 1965–1973, the Mariel boatlift in 1980, and the Balseros or boat people of the late 1990s, created what at least one expert has considered the most economically successful immigrant enclave in U.S. history as Hialeah is the only American industrial city that continues to grow.

From a population of 1,500 in 1925, Hialeah has grown at a rate faster than most of the ten largest cities in the State of Florida since the 1960s and holds the rank of Florida's fifth-largest city, with more than 224,000 residents. The city is also one of the largest employers in Dade County. Predominantly Hispanic, Hialeah residents are characterized as having assimilated their cultural heritage and traditions into a hard-working and diverse community proud of its ethnicity and family oriented neighborhoods.

In January 2009, Forbes magazine listed Hialeah as one of the most boring cities in the United States citing the city's large population and anonymity in the national media.

Hialeah is the tenth-largest city in the United States among cities with a population density of more than 10,000 people per square mile.

In March 2009, it was announced that a $40–$90 Million restoration project was set to begin within the year on the Hialeah Park Race Track. On May 7, 2009 the Florida legislature agreed to a deal with the Seminole Tribe of Florida that allowed Hialeah Park to operate slot machines and run Quarter Horse races. The historic racetrack reopened on November 28, 2009 but only for quarter horse races. The park installed slot machines in January 2010 as part of a deal to allow for two calendar seasons of racing. The races went on all the way until February 2, 2010. Only a portion of the park has been restored and an additional $30 million will be needed to complete this first phase of the project. The full transformation is expected to cost $1 billion since the plan includes a complete redevelopment of the surrounding area including the construction of an entertainment complex to include a hotel, restaurants, casinos, stores and a theater.In June 2010 concerns were raised over the preservation of Hialeah Park's historical status as the planned development threatens to hurt Hialeah Park's status as a National Historic Landmark. 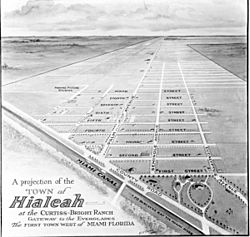 A projection from 1922 that reads "A projection of the town of Hialeah at the Curtiss-Bright Ranch: Gateway to the Everglades, the first town west of Miami, Florida" 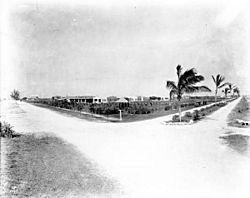 In 2013, Hialeah was named a top five city with the worst drivers by Slate and Allstate.

Hialeah is served by Miami-Dade Transit along major thoroughfares by Metrobus, and by the Miami Metrorail, Tri-Rail, and Amtrak at:

"All Ways Lead to Hialeah" was one of the city's first slogans. At the time, Glenn Curtiss and James Bright could not have imagined the important link in the transportation chain provided by Hialeah's location. Sitting in the heart of northwest Dade, Hialeah has access to every major thoroughfare linked by: 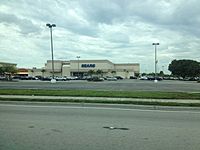 The city of Hialeah is a significant commercial center in Miami-Dade County. The city is host to national retailers such as Starbucks, Target, Best Buy, Walmart, Lowe's, and The Home Depot, as well as homegrown businesses such as Navarro and Sedano's.

Hialeah is also home to vibrant community of mom-and-pop stores. These shops have successfully competed against national name brand retailers, outfitters, and franchises. In order to remain competitive national businesses have altered their traditional business strategy to meet the demands of the local community. Publix supermarkets opened a Publix Sabor along one of the city's main streets which caters to Latin American and Hispanic clientele. While most of the manufacturing and cloth industries that made Hialeah an industrial city in the 1970s–1980s have disappeared, new electronics and technology businesses have reinvigorated the local economy.

Westland Mall contains over 100 stores and several restaurants. Macy's with a Starbucks in it, IHOP, and J. C. Penney are the main anchor stores located at the mall, while restaurants include Fuddruckers, IHOP, Los Ranchos Steakhouse, Chili's, Manchu Wok, Cuban Guys, Edy's.

Telemundo, the second largest Spanish-language TV network in the United States, was headquartered at 2340 West 8th Avenue in Hialeah until 2018. 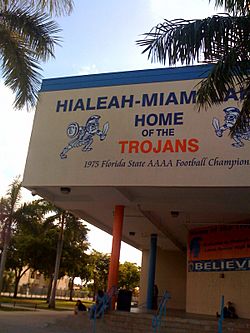 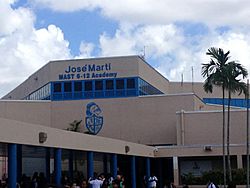 Hialeah's public library was founded in 1924, one year prior to the incorporation of the city. While over the years the county-wide Miami-Dade Public Library System has taken over the libraries of most of the cities in the county, Hialeah public libraries function independently from the county-wide system. The first branch was a donation by the Hialeah Women's Club. It was actually located in the house of one of the Hialeah Women's Club's home. The home of Ms. J Sommers Garwood. The club was founded by Ms. Lua Adams Curtiss, who was the late mother of the famous aviator, Glen Curtiss. The club asked for donations to get the library started and was fortunate enough to receive enough to get the system started. The latest branch, John F. Kennedy Library is now the main library for Hialeah and is easily recognizable for its grand murals. In 2017, the branch set out to renovate the entire library and they added new furniture, the art murals, polished terrazzo floors, and new sculptures. The library hosts a print collection, digital resources, and a Hialeah History Collection which collects, preserves and provides access to information about the City of Hialeah's history. 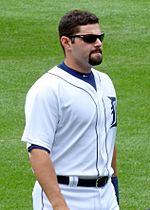 All content from Kiddle encyclopedia articles (including the article images and facts) can be freely used under Attribution-ShareAlike license, unless stated otherwise. Cite this article:
Hialeah, Florida Facts for Kids. Kiddle Encyclopedia.