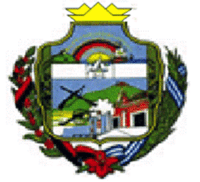 Holguín is one of the provinces of Cuba, the second most populous after Ciudad de la Habana. It lies in the southeast of the country. Its major cities include Holguín (the capital), Banes, Antilla, Mayarí, and Moa.

The province has a population of slightly over one million people. Its territory extends over more than 9300 km², 25 percent of which are covered by forest.

Christopher Columbus landed in what is believed to have been today's Holguín province on October 27, 1492. He declared that it was "the most beautiful country human eyes had ever seen".

The Holguín province was established in 1978, when it was split from the Oriente region.

Like much of Cuba, Holguín's economy is based around sugarcane, though mining, corn and coffee are also large earners for the province.

At Moa, there is a huge cobalt processing plant with shipping facilities, that was constructed with the help of foreign aid , much of it from Canada. There are chrome, nickel, iron and steel plants dotted throughout the province as well.

Tourism has only recently begun to be experimented with by the Fidel Castro government, and in Holguín, there are numerous hotels around the Guardalavaca area.

Holguín is divided into 14 municipalities:

All content from Kiddle encyclopedia articles (including the article images and facts) can be freely used under Attribution-ShareAlike license, unless stated otherwise. Cite this article:
Holguín Province Facts for Kids. Kiddle Encyclopedia.