House of Plantagenet facts for kids

The House of Plantagenet ruled England in some form or another from the reign of Henry II, beginning in 1154, until the House of Tudor came to power when Richard III fell at the Battle of Bosworth Field in 1485.

It goes back to the Angevin counts (from 1360, dukes) of the western French province of Anjou. Three dynasties belong to it: Angevins, House of Lancaster (Lancastrians) and House of York (Yorkists). Lancastrians and Yorkists fought against each other the Wars of the Roses to get the crown for their dynasty alone. 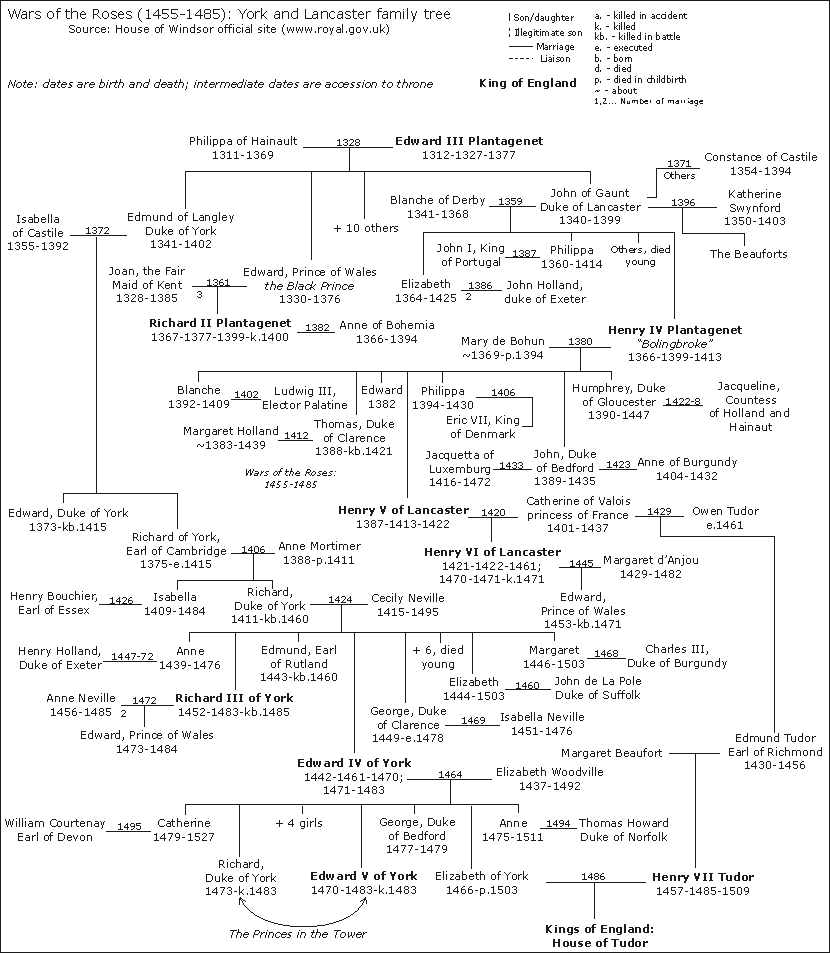 All content from Kiddle encyclopedia articles (including the article images and facts) can be freely used under Attribution-ShareAlike license, unless stated otherwise. Cite this article:
House of Plantagenet Facts for Kids. Kiddle Encyclopedia.