Prince of Wales facts for kids 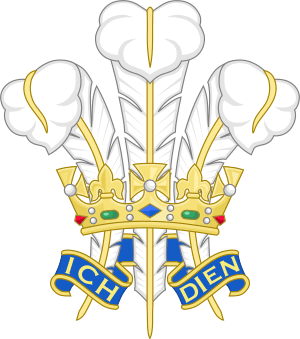 Prince of Wales is a royal title. It is usually held by the eldest son of the King or Queen of the United Kingdom. The title is not automatic, but is given by the reigning monarch.

All content from Kiddle encyclopedia articles (including the article images and facts) can be freely used under Attribution-ShareAlike license, unless stated otherwise. Cite this article:
Prince of Wales Facts for Kids. Kiddle Encyclopedia.