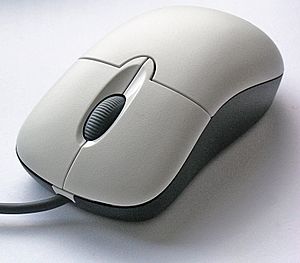 In computing, an input device is a piece of computer hardware equipment used to provide data and control signals to an information processing system such as a computer or information appliance. Examples of input devices include keyboards, mouse, scanners, digital cameras and joysticks.

Input devices can be categorized based on: 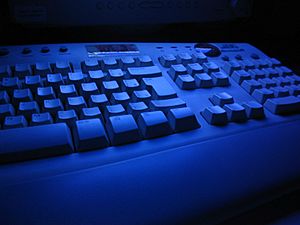 'Keyboards' are a human interface device which is represented as a layout of buttons. Each button, or key, can be used to either input a character to a computer, or to call upon a particular function of the computer. They act as the main text entry interface for most users. Traditional keyboards use spring-based buttons, though newer variations employ virtual keys, or even projected keyboards.

Examples of types of keyboards include: 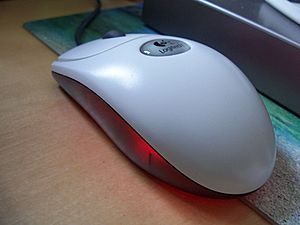 Pointing devices are the most commonly used input devices today. A pointing device is any human interface device that allows a user to input spatial data to a computer. In the case of mouse and touchpads, this is usually achieved by detecting movement across a physical surface. Analog devices, such as 3D mice, joysticks, or pointing sticks, function by reporting their angle of deflection. Movements of the pointing device are echoed on the screen by movements of the pointer, creating a simple, intuitive way to navigate a computer's graphical user interface (GUI).

Examples of types of pointing devices include: 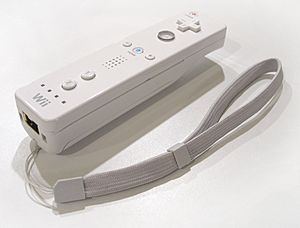 Input devices, such as buttons and joysticks, can be combined on a single physical device that could be thought of as a composite device. Many gaming devices have controllers like this. Technically mice are composite devices, as they both track movement and provide buttons for clicking, but composite devices are generally considered to have more than two different forms of input.

Examples of types of composite devices include: 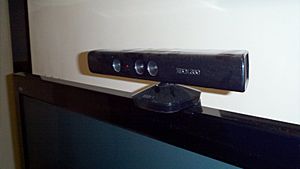 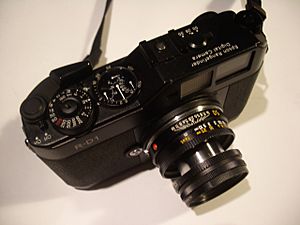 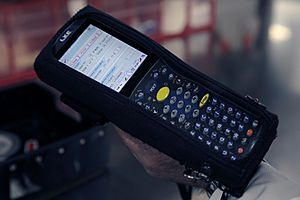 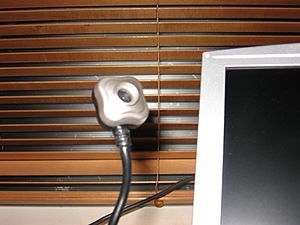 Video input devices are used to digitize images or video from the outside world into the computer. The information can be stored in a multitude of formats depending on the user's requirement.

Examples of types of video input devices include:

Examples of types of audio input devices include:

All content from Kiddle encyclopedia articles (including the article images and facts) can be freely used under Attribution-ShareAlike license, unless stated otherwise. Cite this article:
Input device Facts for Kids. Kiddle Encyclopedia.