Jared Mason Diamond (born September 10, 1937) is an American ecologist, geographer, biologist, anthropologist and author best known for his popular science books The Third Chimpanzee (1991); Guns, Germs, and Steel (1997, awarded a Pulitzer Prize); Collapse (2005); and The World Until Yesterday (2012). Originally trained in physiology, Diamond is known for drawing from a variety of fields, including anthropology, ecology, geography and evolutionary biology. He is a professor of geography at UCLA.

In 2005, Diamond was ranked ninth on a poll by Prospect and Foreign Policy of the world's top 100 public intellectuals. 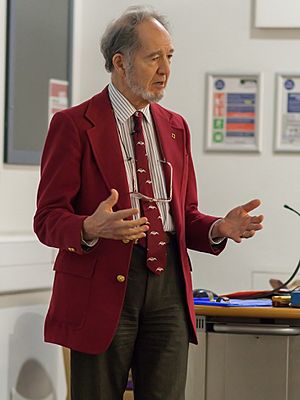 Diamond was born in Boston, Massachusetts, United States. Both of his parents were from East European Jewish families who had emigrated to the United States. His father, Louis Diamond, was a physician, and his mother, Flora Kaplan, a teacher, linguist, and concert pianist. Diamond himself began studying piano at age six.

He attended the Roxbury Latin School and earned a Bachelor of Arts in anthropology and history from Harvard College in 1958 and a PhD on the physiology and biophysics of membranes in the gall bladder from Trinity College, University of Cambridge in 1961.

Diamond originally specialized in salt absorption in the gall bladder. He has also published scholarly works in the fields of ecology and ornithology, but is arguably best known for authoring a number of popular-science books combining topics from diverse fields other than those he has formally studied. Because of this academic diversity, Diamond has been described as a polymath. 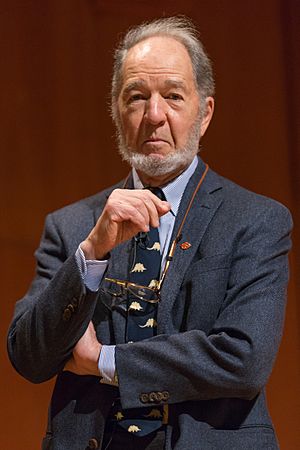 Diamond writes about science in ways that people can understand, and he has written many articles for magazines like Discover in the United States.

He also writes books. One of his first books was called The Third Chimpanzee, which talked about the way that people evolved from monkeys, and how many things are the same between humans and monkeys.

In 2004, he wrote another book, called, Collapse: How Societies Choose to Fail or Succeed. In this book, Diamond wrote about why he thought that some groups of people from many hundreds of years ago were able to have their groups get very big and strong, while other groups fell apart. His book talked about what people today can maybe learn from the studying the problems from history.

Diamond is married to Marie Cohen, granddaughter of Polish politician Edward Werner. They have twin sons, born in 1987.

All content from Kiddle encyclopedia articles (including the article images and facts) can be freely used under Attribution-ShareAlike license, unless stated otherwise. Cite this article:
Jared Diamond Facts for Kids. Kiddle Encyclopedia.