Jason Statham (born 26 July 1967) is an English actor, film producer, and former model. Typecast as the antihero, he is known for his action-thriller roles and portraying tough, irredeemable, and evil characters. Throughout his film career, Statham has regularly performed his own stage combat and stunts.

His career as an actor and producer has been criticized for lacking depth and variety, however he has also been praised for leading the 2000s and 2010s action movie resurgences. According to a BBC News report, his film career from 2002 to 2017 generated an estimated US$1.5 billion (£1.1 billion) in ticket-sales, making him one of the movie industry's most bankable stars. Statham's impact on the British and American film industries is the subject of an ongoing academic study by Leeds Beckett University due to finish in late 2018.

Born in Derbyshire, England, he began practicing kung fu, kickboxing and karate recreationally in his youth while working at local market stalls. An avid footballer and diver, he was tapped by Britain's national diving team to compete in the 1990 Commonwealth Games.

Statham competed for England at the 1990 Commonwealth Games in the 10 meter, 3 meter, and 1 meter competitions. He said in a 2003 IGN interview that his time with the national squad was "a great experience" and one that "teaches you discipline, focus, and certainly keeps you out of trouble".

Since 2010, he has been dating model Rosie Huntington-Whiteley. They announced their engagement on 10 January 2016. In February 2017, they announced that they were expecting their first child. They welcomed their son, Jack Oscar Statham, on 24 June 2017. Statham resides with his family in Beverly Hills, California. He enjoys wakeboarding, jet skiing, wind surfing, and rock climbing. 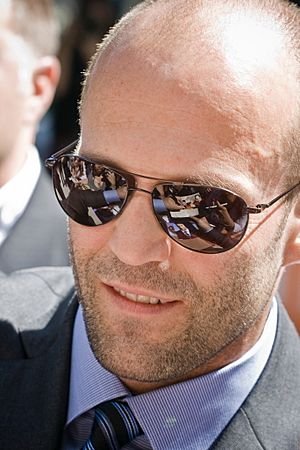 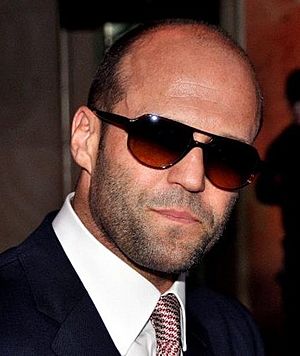 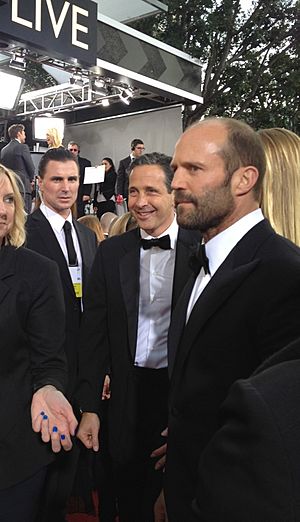 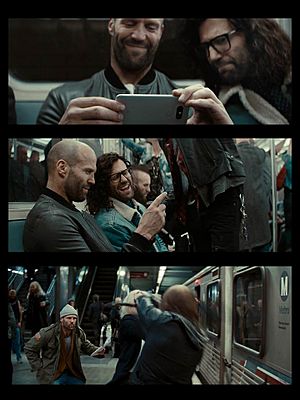 All content from Kiddle encyclopedia articles (including the article images and facts) can be freely used under Attribution-ShareAlike license, unless stated otherwise. Cite this article:
Jason Statham Facts for Kids. Kiddle Encyclopedia.