James Albert Varney Jr. (June 15, 1949 – February 10, 2000) was an American actor, comedian, and writer. He is best known for his role as Ernest P. Worrell, who was used in numerous television commercial advertising campaigns and films and a Daytime Emmy Award. He gained further notability for playing Jed Clampett in the film version of The Beverly Hillbillies (1993) and providing the voice of Slinky Dog in Toy Story (1995) and Toy Story 2 (1999). 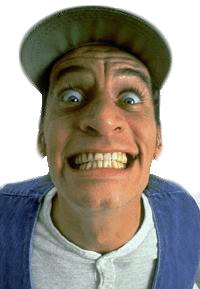 James Albert Varney Jr. was born in Lexington, Kentucky. As a child, Varney displayed the ability to memorize long poems and significant portions of the material from books, which he used to entertain family and friends. When Varney was a boy, his mother would turn on cartoons for him to watch. His mother discovered that Varney quickly began to imitate the cartoon characters, so she started him in children's theater when he was eight years old. Varney began his interest in theater as a teenager, winning state titles in drama competitions while a student at Lafayette High School (class of 1968) in Lexington. 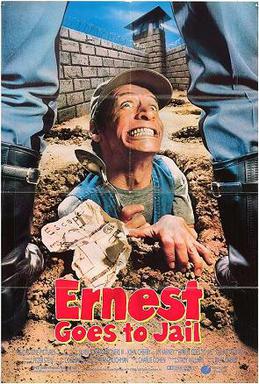 In 1980, the first commercial featuring Varney as "Ernest" advertised an appearance by the Dallas Cowboys Cheerleaders at Beech Bend Park, an amusement park located near Bowling Green, Kentucky. The character was franchised for use in markets all over the country and was often used by dairies to advertise milk products. For example, the dairy bar and hamburger chain Braum's ran several advertisements using Ernest's catchphrase (as it was spelled in his registered trademark), "KnoWhutImean, Vern?".

For the same agency, Varney created a different character, Sgt. Glory, a humorless drill instructor who harangued cows of the client dairy into producing better milk. The Sgt. Glory character also appeared in an advertisement for a southern grocery chain, Pruitt's Food Town, in which he drilled the checkout clerks on proper behavior: "Bread on top. Repeat: Bread on top." 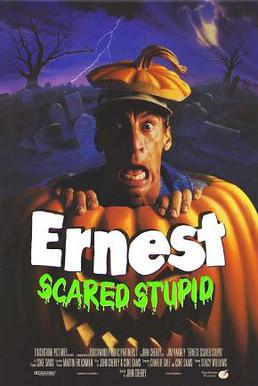 Varney also starred as Ernest in a series of commercials that ran in the New Orleans area (and throughout the Gulf South) as a spokesman for natural gas utilities. Those same television advertisements also were featured on channels in the St. Louis area for Laclede Gas Company during the mid-1980s and in the Metro Detroit area for Michigan Consolidated Gas Company.

Varney also appeared in several Braum's Ice Cream and Dairy Stores commercials throughout the 1980s. These aired on Oklahoma television. He made commercials for car dealerships across the country.

Varney portrayed Ernest in a series of commercials for Convenient Food Mart during the 1980s. In 1982, Varney co-hosted the syndicated Pop! Goes the Country with singer Tom T. Hall. The show had just had a major overhaul and ended shortly afterward. He also portrayed "Auntie Nelda", in numerous commercials long before he resurrected the character for the movies. During the 1990s, Varney reprised his role as Ernest for Blake's Lotaburger, a fast food chain in New Mexico. 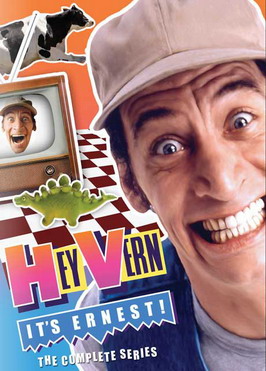 Ernest Goes to Camp (1987) was a huge hit, grossing $23.5 million at the U.S. box office, on a $3 million production budget, and staying in the Box Office Top 5 for its first three weeks of release. Though the film saw Varney nominated for the now-defunct Razzie Award for Worst New Star, only one year later Varney earned the Daytime Emmy Award for Outstanding Performer in a Children's Series for Hey Vern, It's Ernest!

Varney was married twice, first to Jacqueline Drew (1977–1983) and then to Jane Varney (1988–1991). Both marriages ended in divorce, although he remained friends with his ex-wife Jane until his death; she became Varney's spokesperson and accompanied him in Pixar's 1999 film Toy Story 2. Both unions were childless.

On December 6, 2013, Jim Varney's nephew, Justin Lloyd, published a comprehensive biography about his uncle titled The Importance of Being Ernest: The Life of Actor Jim Varney (Stuff that Vern doesn't even know). 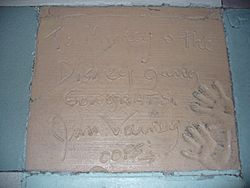 During the filming of Treehouse Hostage in August 1998, Varney started developing a bad cough. A chain smoker, Varney had lung cancer. The disease slowly became worse, yet Varney continued to film movies.

Varney finally returned to Tennessee, where he went through chemotherapy in the hope he could beat the disease. However, it failed, and he died on February 10, 2000, at his home in White House, Tennessee, a city north of Nashville, at the age of 50. He was buried in Lexington Cemetery in Lexington, Kentucky. Disney's Atlantis: The Lost Empire, which was released a year after his death, was his final role. The film was dedicated to his memory.

All content from Kiddle encyclopedia articles (including the article images and facts) can be freely used under Attribution-ShareAlike license, unless stated otherwise. Cite this article:
Jim Varney Facts for Kids. Kiddle Encyclopedia.