John Laing plc is a British developer and operator of privately financed, public sector infrastructure projects such as roads, railways, hospitals and schools. Before being bought by Henderson Private Equity in December 2006, John Laing plc was listed on the London Stock Exchange and was part of the FTSE 250 Index.

The business started in 1848. James Laing (born in 1816), along with his wife Ann Graham, and some employees whom they had hired, built a house on a plot of land that they had bought for £30 in Cumberland. The £150 proceeds from the first house financed the building of the next two houses on the same plot of land. One of these houses was kept by the Laing Family to live in. The family and the business later moved near Carlisle.

When James Laing died in 1882, his son, John Laing (born in 1842) took over the running of the company. John began to take larger contracts but kept the business in the Carlisle area.

In 1920 the firm became a limited company, and two years later moved its headquarters from Carlisle to a thirteen acre (5 ha) site at Mill Hill in north-west London.

William Kirby Laing and John Maurice Laing, the fifth generation of the founding family, joined the company in 1950.

John Laing & Sons (Holdings) Ltd was first listed on the London Stock Exchange in 1952. The family and its trusts and charities held the majority of the shares. John William Laing became the chairman, and his sons became joint managing directors. By this time, the number of employees was around 10,000, and every site had a quality supervisor. John William Laing retired in 1957. 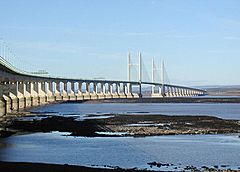 Under William Kirby Laing and James Maurice Laing, the company continued to expand. They gained contracts for power stations. They also worked on road construction while continuing to build houses. In 1985, Martin Laing, of the sixth generation of the founding family, became chairman.

Martin Laing determined that the company should begin to diversify. Home construction in the United Kingdom, Saudi Arabia, Oman, the United Arab Emirates, Iraq, Spain, and California was now one of the major sources of the company's growth.

As the company celebrated its 150th anniversary in 1998, it faced falling profits caused by cost overruns on the Millennium project and continuing problems within its construction division, related to competition and overcapacity.

In 1999 John Laing plc purchased a controlling interest in the Chiltern Rail franchise and by 2002 had structured itself into two main divisions, namely Homes and Investments. It underwent yet another change when Sir Martin Laing retired in early 2002. Bill Forrester took over as executive chairman. For the first time in its history Laing did not have a member of the founding family at the head of the company.

The business expanded rapidly in the late 1990s, such that for the year ended 31 December 2001 its turnover was in excess of £1 billion. Following significant losses on certain construction contracts it adopted a new policy of having the PPP / PFI businesses, in which it had been quite successful, as core activities. As a consequence it disposed of its construction division, which was sold to O'Rourke in 2001, its property developments divisions, which were sold to Kier Group, and its house building arm which was sold to George Wimpey in 2002.

In December 2006 John Laing plc was acquired by the Private Equity arm of Henderson Group.

The Laing Rail division - operators of Chiltern Railways and London Overground (with MTR Corporation), and holders of a stake in the open-access railway operator Wrexham & Shropshire - was put up for sale by in September 2007. The division was purchased by German rail operator Deutsche Bahn in January 2008, subject to approval by authorities.

In June 2008 John Laing formed a consortium with Hitachi and Barclays Private Equity called Agility Trains to bid for the contract to design, manufacture, and maintain a fleet of long-distance trains for the Intercity Express Programme. The bid was successful and the contract was awarded to the consortium on the 12 February 2009.

John Laing now has operations in the UK, North America, Europe and Asia.

The subsidiary Laing Rail owned and operated Chiltern Railways and was joint operator of London Overground (with MTR Corporation) and Wrexham & Shropshire (with Renaissance Trains). In 2008 Laing Rail was sold to Deutsche Bahn.

All content from Kiddle encyclopedia articles (including the article images and facts) can be freely used under Attribution-ShareAlike license, unless stated otherwise. Cite this article:
John Laing plc Facts for Kids. Kiddle Encyclopedia.