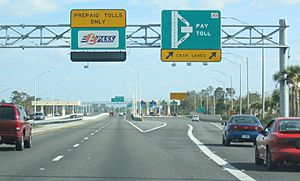 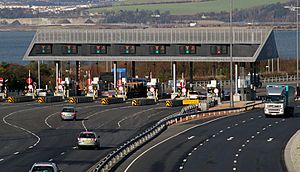 A toll road (also called a turnpike, toll highway, or express toll route) is a road for which the user must pay a fee, or toll. Historically, and sometimes today, tolls are collected as a type of income for the use of government or landowner.

Modern tolls are a form of user tax which pays for the cost of road construction and maintenance without raising taxes on non-users. Investor's bonds necessary to pay for the construction and maintenance of the roads are issued and sold with the expectation that the bonds will be paid back over time by user tolls. After the bonds are paid off the road typically reverts to the government agency that owns the land it was built on and had authorized the construction. Access to toll roads are restricted to prevent non-payers from using the road.

Toll roads may be built to allow some users to travel faster, so relieving traffic congestion and speeding up traffic. These systems may be one restricted toll lane or more on an otherwise free road. All roads have to be paid for somehow, and so are never truly "free". Normally, road construction costs are paid for by the taxes on gasoline, diesel, or other fuel. Users of toll roads still pay these taxes and the tolls for using this particular road or lane. 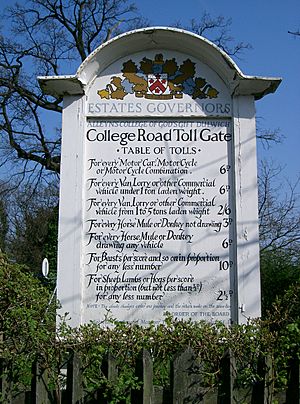