Juliette Gréco ( 7 February 1927 – 23 September 2020) was a French singer and actress. Her best known songs were "Jolie Môme", "Déshabillez-moi", and "La Javanaise". She sang tracks with lyrics written by French poets such as Jacques Prévert and Boris Vian and singers like Jacques Brel and Serge Gainsbourg. Her sixty-year career finished in 2015 when she began her last worldwide tour titled "Merci".

As an actress, Gréco played roles in films by French directors such as Jean Cocteau and Jean-Pierre Melville.

Juliette Gréco was born in Montpellier to an absent Corsican father, Gérard Gréco, and a mother from Bordeaux, Juliette Lafeychine (1899–1978). Her lineage hails in part from Greece. She did not receive love from her mother in her childhood and suffered from her harsh comments due to being an unwanted child, such as "You ain't my daughter. You're the child of rape". She was raised by her maternal grandparents in Bordeaux with her older sister Charlotte. After the death of her grandparents, her mother took them to Paris. In 1938, she became a ballerina at the Opéra Garnier.

When World War II began, the family returned to the southwest of France. Gréco was a student at the Institut Royal d'éducation Sainte Jeanne d'Arc in Montauban. The Gréco family became active in the Résistance and her mother was arrested in 1943. The two sisters decided to move back to Paris but were captured and tortured by the Gestapo, then imprisoned in Fresnes Prison in September 1943. Her mother and sister were deported to Ravensbrück while Juliette, being only 16, remained in prison for several months before being released. After her release, she walked the eight miles back to Paris to retrieve her belongings from the Gestapo headquarters. Her former French teacher and her mother's friend, Hélène Duc, decided to take care of her.

In 1945, Gréco's mother and sister returned from deportation after the liberation of Ravensbrück by the Red Army. Gréco moved to Saint-Germain-des-Prés in 1945 after her mother moved to Indochina, leaving Gréco and her sister behind. 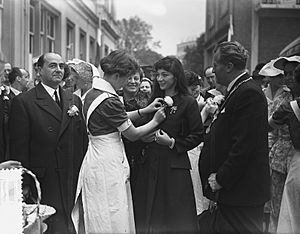 Gréco lived between Paris and Saint-Tropez.

A leftist, she supported François Mitterrand in the 1974 presidential election, and was an initial investor in Minute, when it was mainly non-political and focused on the entertainment world. 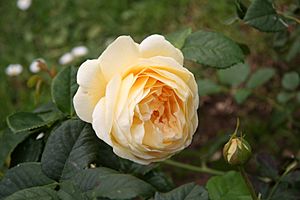 The "Juliette Gréco" rose at the Roseraie de Bagatelle

Gréco was portrayed by actress Anna Mouglalis in the film Gainsbourg: A Heroic Life (2010).

Jean-Paul Sartre based the singer in his trilogy The Roads to Freedom (Les chemins de la liberté) on Gréco.

An allusion to Gréco is made by English singer Ray Davies in the song "Art School Babe" from his album Storyteller.

"Michelle" by the Beatles was inspired by Gréco and the Parisian Left Bank culture. Paul McCartney said of the song: "We'd tag along to these parties, and it was at the time of people like Juliette Greco, the French bohemian thing. They'd all wear black turtleneck sweaters, it's kind of where we got all that from, and we fancied Juliette like mad. Have you ever seen her? Dark hair, real chanteuse, really happening. So I used to pretend to be French, and I had this song that turned out later to be 'Michelle'."

John Lennon wrote in Skywriting by Word of Mouth: "I'd always had a fantasy about a woman who would be a beautiful, intelligent, dark-haired, high-cheek-boned, free-spirited artist à la Juliette Gréco."

In 1999, a rose was named after her by Georges Delbard under the name of "Juliette Gréco".

All content from Kiddle encyclopedia articles (including the article images and facts) can be freely used under Attribution-ShareAlike license, unless stated otherwise. Cite this article:
Juliette Gréco Facts for Kids. Kiddle Encyclopedia.