Kin Kin is a village that lies between Pomona to the south, and Gympie to the north, in South East Queensland, Australia. The town is a hub for recreational activities related to nearby Lake Cootharaba and the Great Sandy National Park. Kin Kin is in the Noosa Biosphere Queensland's first UNESCO Biosphere. It is within the local government area of Shire of Noosa (between 2008 and 2013 it was within Sunshine Coast Region).

The name comes from the Aboriginal kauin kauin meaning red soil, another source suggests it is the indigenous name for a species of small black ants that inhabit the area. In the west of Kin Kin is Woondum National Park and Woomdum Forest Reserve. The hills and mountains in this area are covered by eucalypt forest and rainforest. 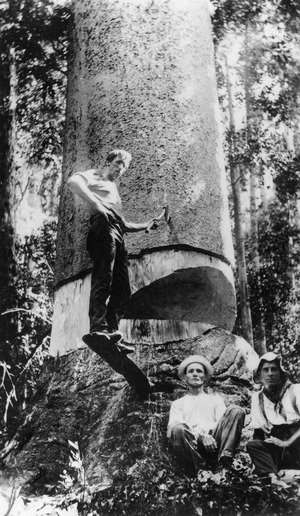 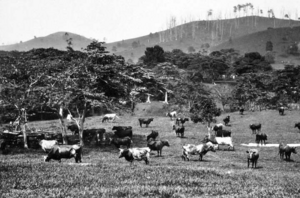 Timber-getters moved into the area in the late 1870s. Until the mid-1970s Kin Kin was predominantly a smallcrop and dairy farming community, from then on land and farm usage started to change and there was a decline in production farms. Early deforestation and clearing of land led to small produce and dairy farming from the early 1900s. The butter factory was closed in 1937 but the sawmill still survives. Deregulation of the milk industry led to the exit of all but a handful of family dairy farms. Sadly, nine years after deregulation, the reversal of the decision in 2009 was too late for most families who had since sold. Nowadays these same farms are small hobby farms, some growing fruit trees, and many carrying horses or beef cattle. Today Kin Kin boasts health retreats, accommodation, small businesses, artists and bush foods.

The family of William D. Francis one of Queensland's pioneering botanists owned land in the area, and many native trees first identified by him are found in the area.

On 14 August 1971, a tornado passed through the town killing three people.

In 2007, a plan to developed a $400 million eco-tourism resort was rejected by the Government of Queensland on the grounds that the development was not part of the regional planning document.

In early April 2009 the town was hit by severe flooding from Kin Kin Creek a tributary of the Noosa River.

Kin Kin has a number of heritage-listed sites, including:

All content from Kiddle encyclopedia articles (including the article images and facts) can be freely used under Attribution-ShareAlike license, unless stated otherwise. Cite this article:
Kin Kin Facts for Kids. Kiddle Encyclopedia.