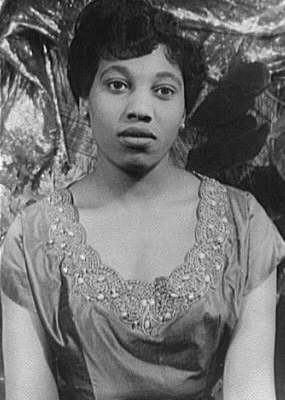 Leontyne Price (born February 10, 1927) is an American soprano. She is particularly associated with Verdi roles, notably in the operas Il trovatore and Aida. She was one of the first black singers to enjoy an international career in opera.

Price was born in Laurel, Mississippi. She studied at Central State College, Wilberforce, Ohio, and with Florence Kimball at the Juilliard School of Music in New York City. She began her professional career in 1952, when she appeared as Bess in George Gershwin's Porgy and Bess on Broadway, followed by an international tour. She made her recital debut in New York City in 1954, and appeared in a television production of Tosca for NBC in 1955.

Her actual operatic debut took place in San Francisco in 1957, as Mme Lidoine in Poulenc's Le dialogue des carmélites, followed by her first Aida. The role of Aida would quickly become her signature role and the vehicle for her debuts in 1958 at the Vienna State Opera, the Royal Opera House in London and at La Scala in Milan both in 1960. She also appeared at the Salzburg Festival as Donna Elvira in Don Giovanni and Leonora in Il trovatore.

She made her debut at the Lyric Chicago Opera in 1959, and at the Metropolitan Opera in 1961, as Leonora in Il trovatore. She was to sing at the Met for twenty-four consecutive seasons. Amongst her greatest roles are the female lead in operas such as Verdi's Ernani, Un ballo in maschera, La forza del destino, Mozart's Don Giovanni and Cosi fan tutte, Puccini's Manon Lescaut, Madame Butterfly, La fanciulla del West, Richard Strauss's Ariadne auf Naxos, etc.

She created the role of Cleopatra in Samuel Barber's Anthony and Cleopatra for the opening of the new Metropolitan Opera at Lincoln Center in 1966.

Leontyne Price was one of the outstanding lyric-dramatic sopranos of her generation, she had a rich, warm and luscious voice enhanced by a fine stage presence. She retired from the stage in 1985.

All content from Kiddle encyclopedia articles (including the article images and facts) can be freely used under Attribution-ShareAlike license, unless stated otherwise. Cite this article:
Leontyne Price Facts for Kids. Kiddle Encyclopedia.