List of parks, gardens and open spaces in Norwich facts for kids 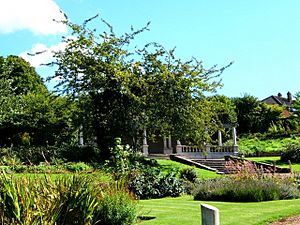 The four Grade II listed historic parks were purpose built in the 1920s and 1930s under the direction of Parks Superintendent Captain Sandys-Winsch. His designs included buildings, structures and hard landscaping which are finished in a modernist pre-cast concrete, with unemployed men providing much of the labour. By the late 1990s many of the structures had fallen into disrepair. A successful application to the Heritage Lottery Fund enabled major refurbishment to the four main parks. 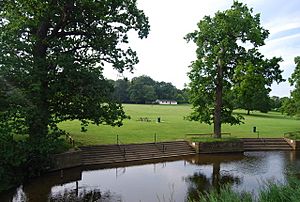 Earlham Park with the River Yare in foreground

Listed below are the Local Nature Reserves and the Site of Special Scientific Interest located within the city boundaries. 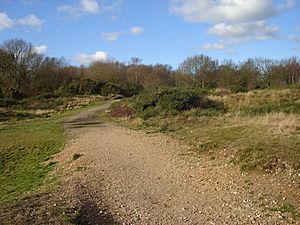 The following privately owned gardens open to the public occasionally in aid of charity.

Listed below are gardens open regularly to the public. 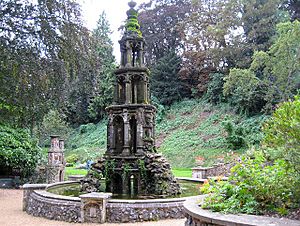 The fountain in the Plantation Garden

All content from Kiddle encyclopedia articles (including the article images and facts) can be freely used under Attribution-ShareAlike license, unless stated otherwise. Cite this article:
List of parks, gardens and open spaces in Norwich Facts for Kids. Kiddle Encyclopedia.