Long Buckby is a village and civil parish in Northamptonshire, England, midway between Northampton and Rugby. In the 2001 census the parish of Long Buckby (which includes the hamlet of Long Buckby Wharf) had a population of exactly 4,000. It is a part of the Daventry district. In the local elections of 2007 the Conservatives retained the seat but with a smaller majority than previous elections. 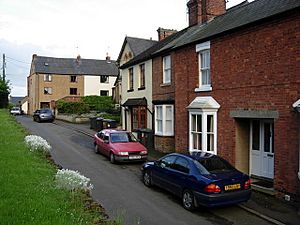 All content from Kiddle encyclopedia articles (including the article images and facts) can be freely used under Attribution-ShareAlike license, unless stated otherwise. Cite this article:
Long Buckby Facts for Kids. Kiddle Encyclopedia.