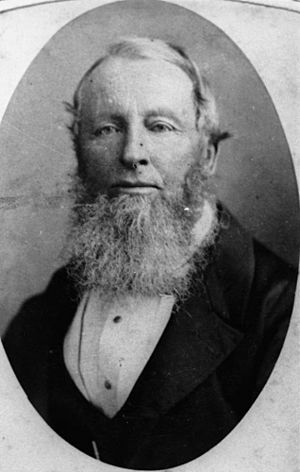 Lota is an eastern bayside outer suburb in the City of Brisbane, Queensland, Australia. It is 16 kilometres (9.9 mi) east of the CBD. The suburb is of primarily post-war residential make-up but is gradually being developed with modern beachside properties. 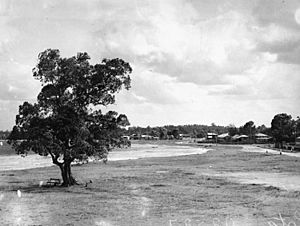 This part of Moreton Bay was originally occupied by the semi-nomadic Mipirimm people of Quandamooka.

Most of the land of Lota was acquired by early settler Irish-born William Duckett White in 1862, following sub-division of the lands from Lytton to Fig Tree Point (Lota). The suburb is named after White's house 'Lota House', built in 1863. 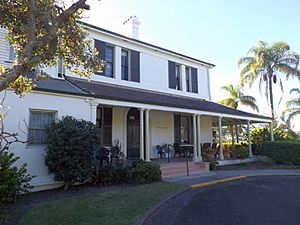 Lota has one heritage-listed site.

The south and east of the suburb is dominated by the mudflats and mangrove wetlands of Lota Creek and Moreton Bay. To the west and north, the land rises towards the heights of Manly and Manly West.

Lota railway station provides access to regular Queensland Rail City network services to Brisbane and Cleveland. In 1960, the railway line between Lota and Cleveland was closed, leaving Lota as the terminal until re-opening of the line in stages between 1983 and 1987.

All content from Kiddle encyclopedia articles (including the article images and facts) can be freely used under Attribution-ShareAlike license, unless stated otherwise. Cite this article:
Lota, Queensland Facts for Kids. Kiddle Encyclopedia.