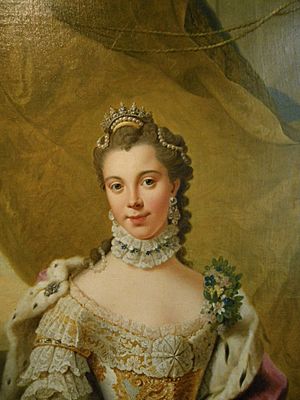 Mecklenburg County is a county in the Commonwealth of Virginia. As of the 2010 census, the population was 32,727. Its county seat is Boydton.

Mecklenburg County was organized on March 1, 1765, having split from Lunenburg County in 1764 as the result of the passage of an act by the Virginia General Assembly. Due to new settlement and population increases in the area, the legislature divided Lunenburg into three counties: Lunenburg, Charlotte, and Mecklenburg. It was named after Queen Charlotte of Mecklenburg-Strelitz.

Under the Virginia Constitution, each county and city within the state must install Constitutional Officers. Counties under the Traditional Form of Government must install all five officers. The majority of Virginia counties operate under the Traditional Form. Counties with the County Executive Form, Urban County Executive, or County Manager Plan of Government usually install just three (Clerk, Commonwealth Attorney, and Sheriff) opting for a Director of Finance appointed by the Board to take the place of the Commissioner of Revenue and Treasurer. Examples are (Fairfax, Henrico and Prince William Counties). These officers are heads of their respective departments. They consist of:

The county's education department is the Mecklenburg County Public Schools. It is managed by the Board of Education. Paul Nichols is the County Schools Superintendent.

All content from Kiddle encyclopedia articles (including the article images and facts) can be freely used under Attribution-ShareAlike license, unless stated otherwise. Cite this article:
Mecklenburg County, Virginia Facts for Kids. Kiddle Encyclopedia.