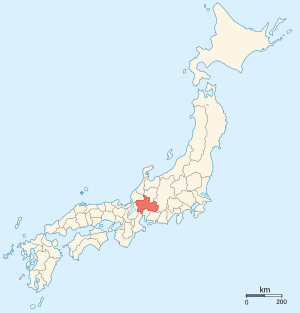 The ancient capital city of the province was near Tarui. The main castle town was at Gifu. 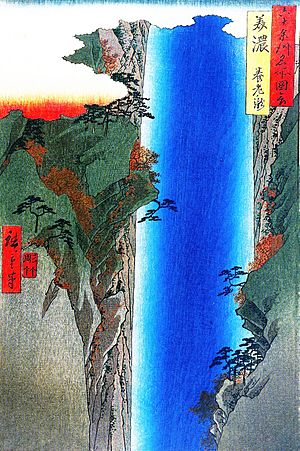 In 713, the road crossing through Mino and Shinano provinces was widened to accommodate increasing numbers of travelers.

In 1600, the Battle of Sekigahara took place at the western edge of Mino, near the mountains between the Chūbu region and the Kinki region.

In the Meiji period, the provinces of Japan were converted into prefectures. The maps of Japan and Mino Province were reformed in the 1870s.

Shitori jinja was the chief Shinto shrine (ichinomiya) of Mino.

All content from Kiddle encyclopedia articles (including the article images and facts) can be freely used under Attribution-ShareAlike license, unless stated otherwise. Cite this article:
Mino Province Facts for Kids. Kiddle Encyclopedia.