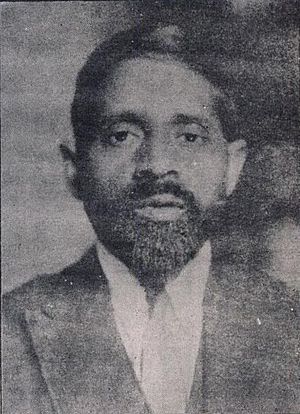 Shahidullah was born in Peyara village, 24 Pargana, West Bengal (now in India) to a devoutly religious family. His father, Mafizuddin Ahmed, was a warden of a shrine. Shahidullah passed his school final Entrance exam in 1904 from Howrah Zilla School. In 1906 he passed the FA exam from Presidency College in Kolkata. He received the Bachelor of Arts degree with Honors in Sanskrit in 1910 from City College, Kolkata, and Master of Arts in 1912 in comparative philology from the University of Calcutta. He earned his PhD degree from Sorbonne University in 1928 for his research on the dialects of the Charyapada. He was the first Indian Muslim to receive this doctorate degree.

Shahidullah began teaching in Jessore Zila School in 1908. After working as the headmaster of Sitakunda High School for some time in 1914, he practiced law at Bashirhat in 24 Parganas. In 1915 he was elected Vice-Chairman of the town's municipality. He was Sharatchandra Lahiri Research Fellow (1919–21) under Dinesh Chandra Sen at the University of Calcutta and joined the University of Dhaka as a lecturer in 1921 in Sanskrit and Bangla. During his period at the University of Dhaka he did research on the origins of the Bengali language. In 1925, he presented his thesis that Bangla as a language originated from Gaudi or Magadhi Prakrit. He was principal of Bogra Azizul Huq College from 1944 to 1948. He then returned to the University of Dhaka, serving as head of the Bangla Department and dean of the Faculty of Arts. He taught part-time at the Law Department (1922–25) and the International Relations Department as a teacher of French (1953–55). He worked as head of the Bangla and Sanskrit Department of the University of Rajshahi (1955–58).

He served as an editor for the Islami Bishwakosh project for a while.

Another of his son Abul Bayan M. Naqiyyullah (M.S) studied in George Washington University in Washington DC, USA and settled in Cairo, Egypt after serving as a pathologist in Saudi Arabia. Another of Shahidullah's son, A.K.M. Bashirullah – known popularly by his alias Murtaja Baseer – is considered as one of the most stylish and foremost painters in Bangladesh. 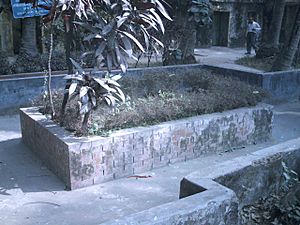 Shahidullah made Professor Emeritus by the University of Dhaka (1967) for his lifetime contribution in research on language and literature. He was also awarded the Chevalier de l'Ordre des Arts et des Lettres by the French government in 1967 for his academic contribution to language and literature. In 1980 the Government of Bangladesh awarded him the Independence Award posthumously.

All content from Kiddle encyclopedia articles (including the article images and facts) can be freely used under Attribution-ShareAlike license, unless stated otherwise. Cite this article:
Muhammad Shahidullah Facts for Kids. Kiddle Encyclopedia.