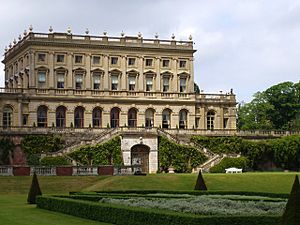 A contemporary view of Cliveden, Nancy Astor's country house that served as a hospital in the World Wars 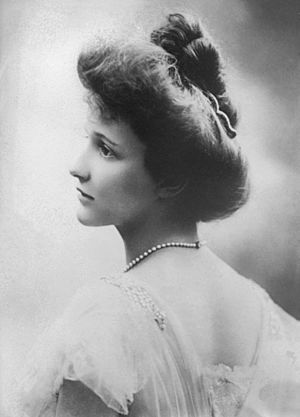 Nancy Witcher Langhorne Astor, Viscountess Astor, CH (19 May 1879 – 2 May 1964) was the first female Member of Parliament to take her seat.

She was an American citizen who moved to England at age 26.

She made a second marriage to Waldorf Astor as a young woman in England. After he succeeded to the peerage and entered the House of Lords, she entered politics, in 1919 winning his former seat in Plymouth and becoming the first woman to sit as a Member of Parliament (MP) in the House of Commons.

Her first husband was an American citizen, Robert Gould Shaw II, and they divorced. She served in Parliament as a member of the Conservative Party for Plymouth Sutton until 1945, when she was persuaded to step down.

A blue plaque unveiled in 1987 commemorates Astor at St. James's Square. Through her many social connections, Lady Astor became involved in a political circle which advocated unity and equality among English-speaking people and support for British imperialism.

All content from Kiddle encyclopedia articles (including the article images and facts) can be freely used under Attribution-ShareAlike license, unless stated otherwise. Cite this article:
Nancy Astor Facts for Kids. Kiddle Encyclopedia.