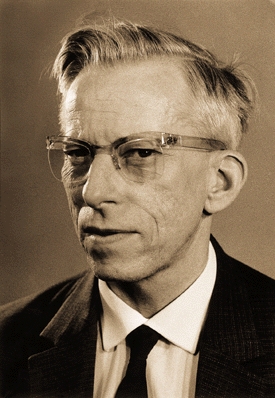 Otto Wichterle (27 October 1913  now in the Czech Republic – 18 August 1998) was a Czech chemist known for his invention of modern soft contact lenses.

He decided to be a chemist after his father, which co-owned a farm machine factory. He graduated from high school in and then he studied at the of the . After he got his diploma he wanted to continue in his studies, but the Protectorate regime didn't let him do so. Fortunately, he could continue in his scientific work because he was able to take part in the research institute at 's works in Zlín. His team made the first Czechoslovak  called silon. He was arrested by the Gestapo in 1942 but was released few months later. After World War II he returned to the university and started teaching and inorganic chemistry. He wrote an inorganic chemistry textbook and German and Czech organic chemistry textbook. In 1952 he was made the dean of the I in Prague. 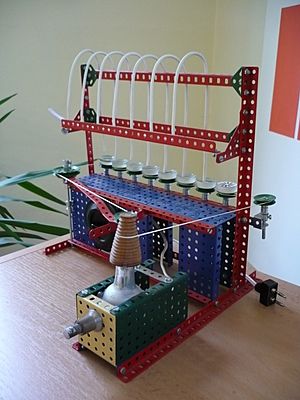 Otto studied the synthesis of hydrophilous gels. He wanted to find a perfect material that can be in permanent contact with living tissues. His colleague  helped him and together they prepared a gel. This gel absorbed up to 40% of water and was transparent. This new material is the Poly(2-hydroxyethyl methacrylate). They patented it in 1953. Wichterle thought that it might be a good material for contact lenses and gained his first patent for soft contact lenses. In 1957 Wichterle produced around 100 soft lenses. The problem was that the edges tore when the lens was getting removed. He wanted to find a better way to make them. Unfortunately, he was forced to leave the because of its Communist leadership in 1958. So the research at the Institute came to an end, but he did the important experiments to transform into a good shape of a contact lens by himself at home.

By late 1961 produced the first four hydrogel contact lenses on a home-made apparatus built from children's building kit (Merkur). All the glass tubing was also made by himself. On Christmas afternoon he finally made a contact lens in his apparatus. He tried the lenses in his own eyes. He said that they were comfortable. He built more new prototype machines using Merkur toys  with stronger motor taken from his gramophone. With these devices he made 5,500 lenses.

In 1970, Wichterle was expelled again from his position in the institute, this time for signing "" . Full recognition did not come until the Velvet Revolution in 1989. In 1990, he was made president of the and was the honorary president of the  after that. Wichterle was a member of a number of foreign academies of science, he received many awards and honorary doctorates from several universities.

All content from Kiddle encyclopedia articles (including the article images and facts) can be freely used under Attribution-ShareAlike license, unless stated otherwise. Cite this article:
Otto Wichterle Facts for Kids. Kiddle Encyclopedia.