Poinsett County is a county located in the U.S. state of Arkansas. As of the 2010 census, the population was 24,583. The county seat is Harrisburg. 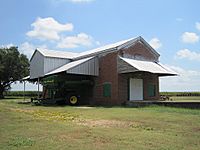 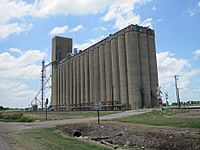 Cotton gins, such as the Judd Hill Cotton Gin, and rice dryers, such as the Hubbard Rice Dryer, have been historically vital to the economy of Poinsett County. Both properties are listed on the National Register of Historic Places.

Poinsett County was formed on February 28, 1838, and named for Joel Roberts Poinsett, U.S. Secretary of War. County business was initially conducted in the county judge's home until first court was held in Bolivar, upon completion of a courthouse in 1839. County government was moved in 1859 to Harrisburg, a more central locale designated as the new county seat. Poinsett County acquired its current boundaries in the years following this change, as portions were assigned to newly organized counties.

The northern portion became Craighead County, and the south portion became Cross County. Sunken lands were added to eastern Poinsett County during this time, including Lepanto and Marked Tree.

The Civil War devastated the county financially. It did not recover until the railroads were constructed into the area, giving farmers a new avenue to market their crops, and the timber industry developed. The Texas and St. Louis Railway Company completed track through Weiner and the St. Louis and Iron Mountain Railway ran through the center of the county in 1882. The Kansas City, Ft. Scott, and Gulf Railroad opened service in east Poinsett County the following year. Shipping timber had become feasible and was undertaken throughout northeast Arkansas following the completion of railroads. Farmers used the railroads to ship their cotton and farm animals to new markets. Many small railroad towns boomed during this period. Despite this uplift, the county's population mostly consisted of poor sharecroppers and tenant farmers, with an elite class of white landowners.

Poinsett County was the hardest hit county by the Great Mississippi Flood of 1927, which flooded thousands of fields and destroyed homes countywide. The Southern Tenant Farmers Union was founded in 1935 in Tyronza during the Great Depression. The organization was an interracial union to improve the pay and working conditions of poor sharecroppers. It met violent resistance from white planters, with union leaders and members attacked and some killed throughout its areas of organizing in Arkansas and Mississippi. The Southern Tenant Farmers Union Museum in Tyronza is now operated by Arkansas State University.

According to the U.S. Census Bureau, the county has a total area of 764 square miles (1,980 km2), of which 758 square miles (1,960 km2) is land and 5.2 square miles (13 km2) (0.7%) is water. Located in Arkansas's northeast corner, the county is bisected by Crowley's Ridge and the L'Anguille River which both pass north-south through the county. The soils in the eastern part of the county have been deposited by the Mississippi River and are mostly used for cotton farming. Western Poinsett County is generally dedicated to rice fields. Lake Poinsett State Park is centrally located within the county. 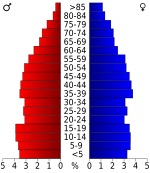 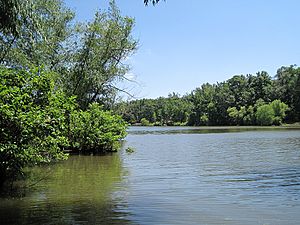 Townships in Poinsett County, Arkansas as of 2010

Townships in Arkansas are the divisions of a county. Each township includes unincorporated areas; some may have incorporated cities or towns within part of their boundaries. Arkansas townships have limited purposes in modern times. However, the United States Census does list Arkansas population based on townships (sometimes referred to as "county subdivisions" or "minor civil divisions"). Townships are also of value for historical purposes in terms of genealogical research. Each town or city is within one or more townships in an Arkansas county based on census maps and publications. The townships of Pointsett County are listed below; listed in parentheses are the cities, towns, and/or census-designated places that are fully or partially inside the township.

All content from Kiddle encyclopedia articles (including the article images and facts) can be freely used under Attribution-ShareAlike license, unless stated otherwise. Cite this article:
Poinsett County, Arkansas Facts for Kids. Kiddle Encyclopedia.