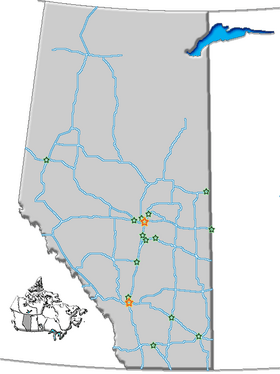 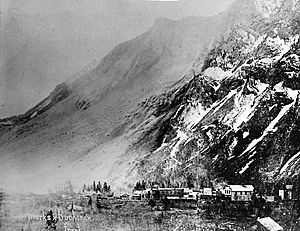 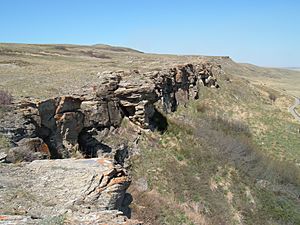 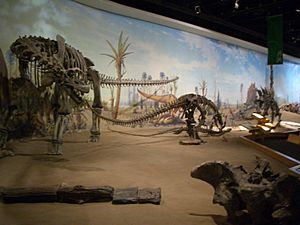 Some of the displays inside the Royal Tyrrell Museum 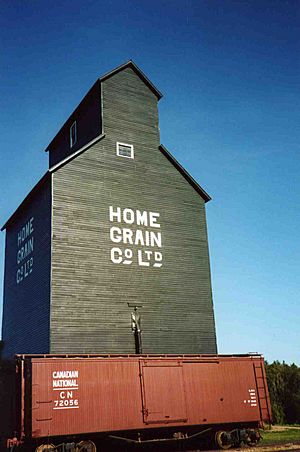 Only sites owned by the provincial government and run as a functioning historic site or museum are known as Provincial Historic Sites. Buildings and sites owned by private citizens and companies or other levels or branches of government may gain one of two levels of historic designation, "Registered Historic Resource" or "Provincial Historic Resource". A concentration of several heritage buildings can be designated a "Provincial Historic Area", and there are two such areas in Alberta: downtown Fort Macleod and Old Strathcona in Edmonton. Historic designation in Alberta is governed by the Historic Resources Act. The province also lists buildings deemed historically significant by municipal governments on the Alberta Register of Historic Places, which is also part of the larger Canadian Register of Historic Places although this does not imply provincial or federal government status or protection. The Alberta Main Street Program helps to preserve historic buildings in the downtowns of smaller communities. The Heritage Survey Program is a survey of 80,000 historic buildings in Alberta, with no protective status.

The official list as per the government of Alberta is:

All content from Kiddle encyclopedia articles (including the article images and facts) can be freely used under Attribution-ShareAlike license, unless stated otherwise. Cite this article:
Provincial historic sites of Alberta Facts for Kids. Kiddle Encyclopedia.