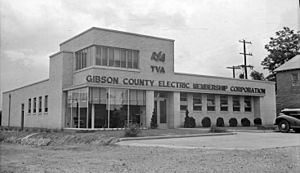 Trenton is most famous for its collection of rare antique porcelain veilleuses, donated by the late Dr. Frederick C. Freed in 1955. The teapots are unique because the candle's glow illuminates the pot's exterior, thus serving as a night light. None of the 525 teapots in this collection are alike, and some are designed as palaces or people in unique still-life castings. The town celebrates its collection with an annual "Teapot Festival" held each spring since 1981. 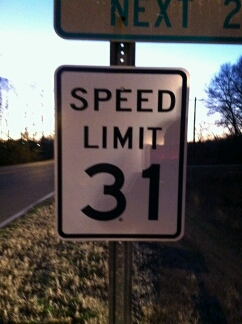 Trenton is also known for its unusual speed limit of 31 miles per hour (50 km/h), established by the city in the 1950s and posted by signs throughout the town.

Nite Lite Theatre of Gibson County is a non-profit community theatre project based in Trenton, and established in 1980 with the intent of bringing theatrical presentations to Gibson and the surrounding counties. All work, with the exception of some production staff, is done on a volunteer basis. With most performances at Peabody High School, the history of Nite Lite Theatre includes performances of The Man Who Came to Dinner, The Sound of Music, Dearly Departed, and You Can't Take It with You.

Trenton is also the home of the Gibson County Saddle Club, providing emphasis to the agricultural and equestrian history of Gibson County. This non-profit organization allows for Western and English-style horsemanship, both in fellowship and training.

The Trenton Reds, a Minor League Baseball team of the Kentucky–Illinois–Tennessee League, played in Trenton in 1922. The city shared the same league's Milan-Trenton Twins with nearby Milan in 1923.

All content from Kiddle encyclopedia articles (including the article images and facts) can be freely used under Attribution-ShareAlike license, unless stated otherwise. Cite this article:
Trenton, Tennessee Facts for Kids. Kiddle Encyclopedia.