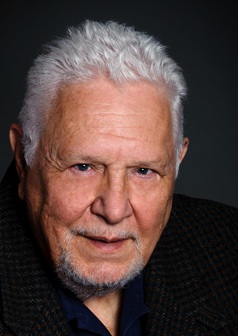 Victor John Stenger (January 29, 1935 – August 27, 2014) was an American particle physicist, educator, philosopher, writer, and religious skeptic. He worked with New Atheism and he also wrote popular science books. He wrote books about physics, quantum mechanics, cosmology, philosophy, religion, atheism, and pseudoscience. He wrote The New York Times bestseller God: The Failed Hypothesis, published in 2007. His final book was called God and the Atom: From Democritus to the Higgs Boson, published in 2013. He was also a science columnist for The Huffington Post. He worked at universities such as the University of Hawaii and the University of Colorado Boulder.

Stenger was born in Bayonne, New Jersey. His father was an immigrant from Lithuania. His mother's parents were immigrants from Hungary. He married Phylliss in 1962. They had two children.

All content from Kiddle encyclopedia articles (including the article images and facts) can be freely used under Attribution-ShareAlike license, unless stated otherwise. Cite this article:
Victor J. Stenger Facts for Kids. Kiddle Encyclopedia.