Wakefield is a working-class and middle-class section of the northern borough of the Bronx in New York City, bounded by the New York city line with Westchester County or 243rd street to the north, 222nd Street to the south, and the Bronx River, Bronx River Parkway and Metro-North Railroad tracks to the west. Wakefield is the northernmost neighborhood in New York City (although the city's northernmost point is actually in Riverdale, at the College of Mount Saint Vincent). The neighborhood is part of Bronx Community Board 12. The neighborhood's primary ZIP Code is 10466, with certain areas around East 241st Street and White Plains Road listed as 10470. 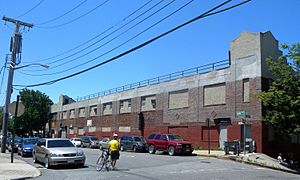 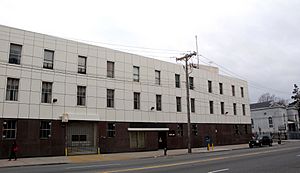 Wakefield, like the rest of the Bronx, was once mainly forested and later became farmland. With the expansion of railroad transportation via the arrival of the New York and Harlem Railroad circa 1840, the area experienced moderate development before the borough was merged with New York County as a result of the state legislature's decision to amalgamate the four original boroughs to form New York City. Prior to this merger, Wakefield and the Bronx were politically part of Westchester County (the Bronx later attained independent county status on April 19, 1912, which makes it the 62nd and youngest county in the state). The current Wakefield station of the Metro-North Railroad's Harlem Line was on the site of a village called Washingtonville, which was incorporated into Wakefield when it became a village on August 8, 1889.

Formerly, Wakefield was home to large Irish American and Italian-American populations. During the 1980s, these communities were replaced with large African American populations, which now comprise 72.3% of the neighborhood's total population. 19.6% of the population is Hispanic. Many residents are or are descended from Jamaican and West Indian immigrants.

The 2000 United States Census reported a total of 68,787 residents. Wakefield was named after the Virginia plantation where George Washington was born.

Though the crime rate has historically been high, like other sections of New York, Wakefield has shown a steep decline in both violent and non-violent crime. The neighborhood has also seen a rise in gangs and gang-related violence from neighboring Edenwald The high school drop-out rate is higher than the city average, but lower than central Bronx neighborhoods. Many households in the area are headed by a single mother.

Several scenes from the 1970 film Love Story starring Ryan O'Neal and Ali MacGraw were filmed on East 233rd Street, East 238th Street (Nereid Avenue), and Barnes Avenue, all located within the neighborhood. The Redeemer Evangelical Lutheran Church located at 4360 Barnes Avenue (corner of Boyd Avenue) is featured in the film.

All content from Kiddle encyclopedia articles (including the article images and facts) can be freely used under Attribution-ShareAlike license, unless stated otherwise. Cite this article:
Wakefield, Bronx Facts for Kids. Kiddle Encyclopedia.