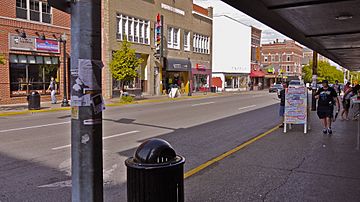 West Lafayette is a city in Wabash Township, Tippecanoe County, Indiana, United States, about 65 miles (105 km) northwest of the state capital of Indianapolis and 103 miles (166 km) southeast of Chicago. West Lafayette is directly across the Wabash River from its sister city, Lafayette. As of the 2010 census, its population was 29,796. It is the most densely populated city in Indiana and is home to Purdue University.

Augustus Wylie laid out a town in 1836 in the Wabash River floodplain south of the present Levee. Due to regular flooding of the site, Wylie's town was never built. The present city was formed in 1888 by the merger of the adjacent suburban towns of Chauncey, Oakwood, and Kingston, located on a bluff across the Wabash River from Lafayette, Indiana. The three towns had been small suburban villages which were directly adjacent to one another. Kingston was laid out in 1855 by Jesse B. Lutz. Chauncey was platted in 1860 by the Chauncey family of Philadelphia, wealthy land speculators. Chauncey and Kingston formed a municipal government in 1866 which selected the name "Chauncey".

The new town of Chauncey remained a small suburban village until Purdue University opened in 1869. In 1871 Chauncey voted to be annexed by Lafayette because it was unable to provide the infrastructure (such as improved streets, waterworks, police and fire protection). Lafayette voted against annexing Chauncey because of the high cost of the many improvements that the village lacked. In May 1888, the town of Chauncey voted to change its name to West Lafayette after a petition signed by 152 electors. By that time, the growth of the university was fueling the growth of the little town. The address of Purdue University was given as "Lafayette, Indiana" until well into the twentieth century. West Lafayette never gained a railroad depot and lagged several years behind Lafayette in the establishment of municipal infrastructure and services. Today, West Lafayette has established itself as a separate city, with independent services and unique neighborhoods distinct from those of its sister city, Lafayette.

In November 2013, the City of West Lafayette approved an annexation that placed much of the Purdue University academic campus and residence hall system within the official boundaries of the municipality for the first time. This expansion also included a large section of the US Highway 231 corridor that was previously part of unincorporated Tippecanoe County.

Sunrise over Lafayette and West Lafayette 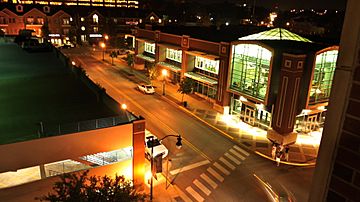 West Lafayette lies in central Tippecanoe County and overlooks the Wabash River, which borders the city on the east and south. Most of the city lies in eastern Wabash Township, though a small portion on the northeast side extends into Tippecanoe Township. Elevations range from slightly over 500 feet (150 m) near the river to more than 720 feet (220 m) in northern parts of the city near U.S. Route 52.

There were 11,945 households of which 16.0% had children under the age of 18 living with them, 27.2% were married couples living together, 4.4% had a female householder with no husband present, 2.5% had a male householder with no wife present, and 65.9% were non-families. 34.2% of all households were made up of individuals and 7.9% had someone living alone who was 65 years of age or older. The average household size was 2.22 and the average family size was 2.92.

Following the 2010 census, West Lafayette annexed additional territory including the Purdue University main campus. The census bureau released an updated report to reflect the boundary updates. The census now reports 14,053 households and a population of 42,010.

There were 10,462 households out of which 14.9% had children under the age of 18 living with them, 27.6% were married couples living together, 4.4% had a female householder with no husband present, and 65.7% were non-families. 32.7% of all households were made up of individuals and 7.3% had someone living alone who was 65 years of age or older. The average household size was 2.26 and the average family size was 2.89. 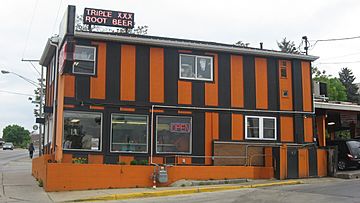 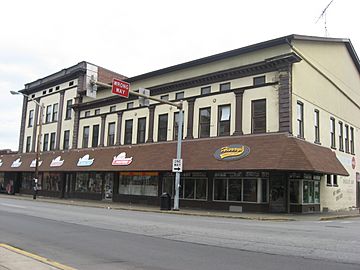 All content from Kiddle encyclopedia articles (including the article images and facts) can be freely used under Attribution-ShareAlike license, unless stated otherwise. Cite this article:
West Lafayette, Indiana Facts for Kids. Kiddle Encyclopedia.