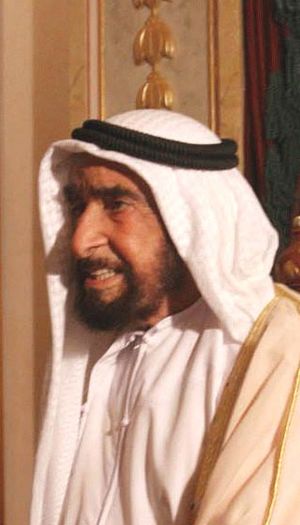 He was the main builder of the United Arab Emirates. He was the Union's first Raʾīs (President), a post which he held for almost 33 years (1971 until his death in 2004). He is known as the "Father of the Nation".

All content from Kiddle encyclopedia articles (including the article images and facts) can be freely used under Attribution-ShareAlike license, unless stated otherwise. Cite this article:
Zayed bin Sultan Al Nahyan Facts for Kids. Kiddle Encyclopedia.